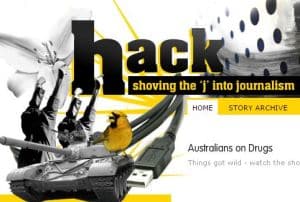 Rosie Batty, domestic violence campaigner, had a more powerful impact on Australian culture than ISIS this year, according to the annual Power List compiled by AFR magazine. The ABC and its youth radio station Triple J, meanwhile is almost as powerful as the terror threat from ISIS.

The ABC made the cultural list, according to the panel, because “the level of the attacks on the ABC demonstrate its cultural power and significance”. Triple J earned its recommendation because of its influence on youth. Panellist Martin Parkinson said: “I nominated Triple J because of its 40th anniversary. That’s 40 years of changing attitudes of young Australians and supporting Australian music.”

David Friedlander, another panellist said: “I sit in an open-plan office and all the guys who sit around me are in their 20s. Every week I learn something new that Tom Tilley has told them on Triple J’s Hack. He just seems to have a big
influence on the thinking of the 20-somethings.”

This year, the core list was disrupted in a major way by the change in leadership as Malcom Turnbull took the reins as Prime Minister from Tony Abbott in a power challenge two weeks ago. Originally the list had Abbott pegged in the top spot. The list was reworked to put Turnbull in first place. He was previously in sixth. His deputy Julie Bishop rose up from 13th place to third following the leadership spill, while Mike Baird, NSW Premier remains in second.

Scott Morrison who replaced Joe Hockey as Treasurer also jumped up to sixth from 15th on the list. Bill Shorten sticks at 8.

AFR Magazine Editor Katrina Strickland says: “This year more than ever the Power issue highlights the cross roads that Australian culture is at.  The uncomfortable issues that have dominated Australia’s cultural debate over the past 12 months, from child abuse and domestic violence to racism and terrorism, have shaped the Cultural list.  And of course Malcolm Turnbull’s leadership coup, that led to us changing our cover and updating the Overt list after the magazine had gone to print, highlights the changing face of Australian politics.”

Rupert Murdoch made the number two spot on the covert list because “He is one of the world’s most powerful media moguls; he takes a deep interest in his Australian operations and is adding to them; and he continues to exert pressure on the political process to deliver the outcomes he desires.”

The Magazine published an excerpt of the discussion between the judges on how and why he was put in second place:

The enduring power of the media proprietors has been a feature of these
lists since we first compiled them. – Warwick Smith
Murdoch thinks he should be number one. – Arthur Sinodinos
We had better do what he wants! – Greg Combet
He is incredibly powerful in Canberra. He has a 14.99 per cent stake in APN News & Media and he has the Ten Network. I think he’s far more powerful this year. – Simon Mordant
He doesn’t have Ten. [Foxtel, half-owned by News, has bought a 14.99 per cent stake in Ten]. It has to be approved by the ACCC. – Jack Cowin
Yes, but he’s done a deal that’s subject to approval. Another example is his continued battle with the ABC. – Simon Mordant
And remember how much of the media he owns, to state the bleeding obvious. – Louise Adler
And is continuing to acquire. – Simon Mordant
The News media outlets have been significant in cementing Abbott’s position. – Warwick Smith

Stokes, who rose up from sixth place on last year's list to third was cited as “the most powerful media mogul who is resident in Australia. He has other major business interests, strong connections to Canberra and a good relationship with the government. He works his high-level contacts to promote and protect his corporate interests.

The panel had this to say:
He has stopped media
reform. – Ben Oquist
He is controlling that. – Jack Cowin
Isn’t he the media mogul closest to the Prime
Minister? – Michael Stutchbury
Yes, he is. – Simon Mordant

The annual AFR Magazine Power issue is out today (25 September). It has been running for 15 years.