A family affair: The Goldbergs premiere boosted by House Rules 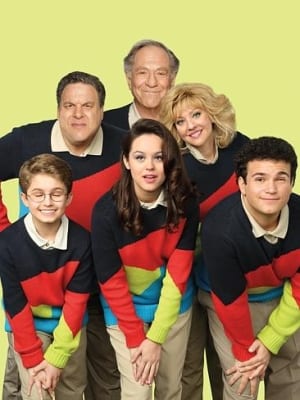 The first half of Seven's double episode launch for US sitcom The Goldbergs secured a top 10 audience last night when it hopped onto the back of House Rules – but the second episode was down by more than 200,000 viewers.

The '80s-themed comedy debuted at 8.45pm to 869,000 viewers across Australia's five metro areas, making it the eight most-watched program.

But the audience for episode two, which followed immediately afterwards, dropped to 664,000, putting it in 15th spot.

Seven's House Rules, which was on air directly before The Goldbergs, won the night again, with an audience of 1.377 million.

And Ten's MasterChef Australia made the top 10, finishing in ninth spot with 828,000 viewers, according to preliminary overnight ratings figures from OzTam.

Other than Seven's Home and Away (seventh most-watched program with an audience of 929,000), news shows took out the remaining top 10 spots.