2012 IN REVIEW: Social tsunami, 'sticky' magazines and 'do not track' 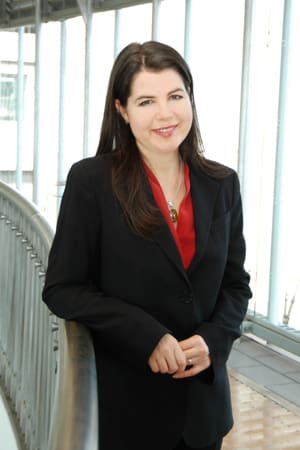 2012 may have been a bad year for ad spend – it’ll end up flat or slightly negative – but it was a major year for digital milestones, many achieved by traditional media. It was a year of experimentation – actions emboldened not by high spirits and fat pockets but by a firming awareness that changes in audience behaviour deeply affect traditional revenue streams, especially those drawn from display advertising. It's not just cyclical. The denial and hand-wringing stages are over. We’ve reached a point of genuine activity in the digital realm – partnerships, investments and trials of programs that require real effort and resources.

What follows is a list of events that took place in 2012 – some international but most Australian – that were the most interesting, telling or brave. Of course there are omissions, and possibly precedents. No apologies, it’s a personal list. Perhaps I will have the chance to debate them with you over some Christmas cheer.

1) Telstra took a $35 million stake in Ooyala, an online video platform started in 2007 by three ex-Google employees which now delivers 25% of the US online video market. This is more than just an arm’s length investment. In a clip on Telstra’s website, Ooyala chief executive Jay Fulcher says: “Telstra is committed to helping other content providers make profitable transitions from traditional video [TV] to IP-delivered distribution using Ooyala technology.” In a post-NBN world, Telstra may well become the Hulu of Australia.

2) Both ACP (now Bauer) and Pacific Magazines launched sophisticated apps enabling readers to scan printed images to receive offers, video and other content to their internet-connected phones. By November, ACP boasted average visit duration of 20 minutes and a return visit rate of 65%. These apps not only improve the reader proposition, they also allow publishers to demonstrate just how 'sticky' magazine content is.

3) The IAB included Google and Facebook figures (estimates) for the first time in its industry reports. These global behemoths bolstered the known digital market, unsurprising considering ad dollars continue to shift to search and social media, but their inclusion also showed a greater proportion of display sold by direct response, now at 38% (September quarter 2012).

4) The Nine Network's press release trumpeting the extraordinary audience for the finale of The Voice (peaking at 4.3 million viewers) also highlighted its success with online streaming (16 million streams started) and Twitter (over 890,000 tweets to #TheVoiceAU). 2012 was the year free-to-air TV recognised social media as an ally, a great but uncontrollable tsunami of fans and critics connecting with each other in real time through the second screens resting in 70% of viewers’ laps.

5) Red Bull's 'Mission to the Edge of Space' broke the speed of sound (went 'supersonic', in mission parlance) when 43-year-old Austrian daredevil Felix Baumgartner jumped 39 kilometres from a helium balloon. What an advertising coup. Red Bull's jump vision was streamed by eight million viewers simultaneously, a YouTube record. The textiles technology that allowed a cloth jump suit not to rip when travelling 1,342.8 kilometres an hour was inspiring, but the quality of the footage from a helmet-mounted camera was even more astounding.

6) The judges at the 2012 Primetime Emmy Awards awarded comedian Louis CK the prize for Outstanding Writing for his variety special Louis CK: Live at the Beacon Theater. This is extraordinary because it was an online show released first on his own website. Fans could download a copy for US$5. Less than two weeks after the online release the comedian had achieved US$1 million in sales. Six months later, the special was aired on cable channel FX (allowing it to be eligible for the Emmy). Louis CK described the broadcast as “a commercial for the site”. He now sells tickets to live webcasts of his theatre performances for US$45 a piece.

8) Microsoft announced its new internet browser, IE10, embedded in Windows 8, will require users to opt-in for customised advertising; the 'do not track' feature is on by default for the first time. While a crowd-pleaser in some circles such as consumer advocacy groups, this move will create difficulties for the online advertising industry which relies on behavioural intelligence to serve more relevant – and therefore valuable – advertising.

9) APN Radio announced a partnership with streaming music service iheartradio and Austereo announced a partnership with Songl. DMG was the first mover in this space with the launch of Rdio in 2011. Some cannibalisation is inevitable as streaming attracts audience from broadcast radio, especially in vehicles, so having a foot in both camps is good strategy. Management will need to stay the course, however, and explain the brave but sensible strategy – 'killing your cash cow before competitors do'.

10) And yes, finally, News Limited newspapers joined the 20% of titles internationally that have paywalls. I wish there was a better word – 'paywall' sounds prohibitive. It’s really just a return to when we paid for our daily paper. PwC forecasts that only a small proportion of circulation revenues (4%) will come from digital subscriptions by 2016, underlining the need to diversify revenue streams. I just hope shareholders allow publishers the oxygen to experiment properly to find them.

For most of the events described here the ultimate benefits are not yet known. What is clear, however, is that marketers, agencies and media companies must hone their influencing skills to explain to shareholders and international head offices that investment is required for sustainability. Cost-cutting is not a strategy – especially now there’s danger of cutting into the muscle – but clever, planned and monitored experimentation is.