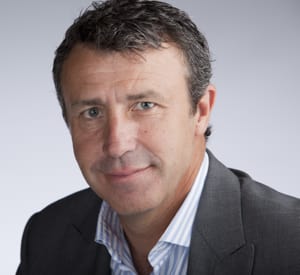 At CES in January 2012, the TV agenda was again dominated by the promise of smart TVs. There’s lots of sexy functionality from all quarters but one of the more interesting announcements was from Samsung – the company is now including recommendation engines built into the EPGs (electronic program guides) of much of its range.

It’s one of several signals that, with margins squeezed by falling price points, manufacturers now see smart TVs as a way into the rivers of cash that can flow from being in the content and advertising business. Tired of watching Apple clip the ticket, Samsung is hatching a plan to get a slice of the action, and its first victim could be the network brands.

A recommendation engine (i.e. 'if you like this song, you may also like these ones') is not remarkable in itself. It has been a standard feature for years on Amazon, online retailers and video services like YouTube and iTunes. However, alongside a vastly improved user interface and more built-in content apps, the rise of the smart TV is unnerving for free-to-air networks – the 'smarter' the TV, the less relevant the network brand potentially becomes.

Not only that, but as smart TV penetration increases, viewers will channel options through an app-based interface, like a smartphone, making positioning on the screen real estate (potentially) incredibly valuable. This is a scenario not lost on the TV manufacturers who are contemplating a future where they can charge channels a percentage of ad revenue for favourable placement and promotion of key programs. They’re also seeing a share of video-on-demand rental, purchase and subscription revenue and maybe they’ll have an argument.

It’s a good plan but it will be tough to execute, for three main reasons.

Firstly, Freeview recently announced it was looking seriously at a shared catch-up and reverse EPG platform to turbo-charge its Freeview set-top box EPG. The proposed model, likely to develop on the HbbTV (Hybrid Broadcast Broadband TV) format, would allow viewers to seamlessly catch up on viewing they have missed, directly from the Freeview EPG or a Freeview app on the TV 'desktop'. The content would be sourced via IP connection from each network’s catch-up player and therefore all audience credit and any additional ad revenue would remain with the network that owns the rights to the video.

The free-to-air networks, working together under Freeview, but simultaneously protecting their individual network brands, will be a compelling source of content that no platform provider will be able to succeed without. For that reason, the leverage will be Freeview in any negotiation on screen position.

Secondly, the explosion of connected TV options is creating market confusion. SBS, the network I work for, is already on 12 individual platforms (including Samsung, Sony, LG, Humax, Xbox and PlayStation) and will likely have a presence on at least four more by the time you read this, and the platforms are being found by viewers. By late 2012, SBS was receiving over one million video views per month from audiences watching on smart TVs and gaming consoles.

This is great, but the lack of consistency is a real challenge for audiences and to a lesser extent, advertisers. Most of the platforms require individual development, making it expensive to build apps. For consumers, few of us have just one brand of TV in our homes, and the differing user interfaces are too confusing.

The big manufacturers, where engineers still rule over marketers, have always struggled with user interface. To be fair, they are catching up fast, but traditionally they have been unable to resist the temptation of bundling in every available feature – because 'they can'. Audiences will demand a simple, preferably single, operating system and common interface and Google TV or Android may well fill that gap.

Speaking of which, rumours abounded this year that Apple would release a beautiful, integrated TV set. It seems like a no-brainer, but no sign as yet.

And finally, sorry guys, but content really is king, and unless you’ve absolutely cracked the retail interface like Apple, it’s all about the rights you hold. While audiences continue to mass around sport, news and big local productions, the smart TV platforms will need free-to-air TV networks more than they need them. There is a warning in there for networks, though: if you’re aggregating content only (i.e. you don’t have an underlying rights ownership) then you’ll be in trouble unless you have a great brand and reputation as a curator. SBS is pinning its hopes on the latter, and as more of a niche player, we think we will do well in the new environment.

In 2012, 16 of the top 20 shows were locally made and this will be another source of leverage and longevity for free-to-air networks. Once the bane of FTAs, the local content quota is about to be increased, assisted by a 50% reduction in licence fees, and this time, the jeers will be replaced by cheers. And local content works for the advertising market, too. Movies and high-end imported dramas are better suited to on-demand viewing where advertising is compromised by skipping and prices are high due to the lower inventory levels. Locally produced shows, particularly game and reality programs, provide an environment ideal for TV ads and integration of brand messages into the narrative.

There’s no doubt that smart TVs, equipped with ever-smarter search and recommendation functions, are game-changers. Will they will serve the manufacturers’ desires to control the viewing portal? I don’t think so. The good news is that our consumption-obsessed world is ultimately a democracy – we get to decide what works in the end. Remember the 3D hype of 2010? So where do smart TV business models go from here? For viewers, makers and marketers, it’s not easy to predict. If you’re looking for clues, I’d recommend CES in 2013. But if you’re after a more predictable outcome, you’re probably better off sticking around for the Oscars of Porn.

(My funniest moment of 2012? When Ben, the ultimate winner of Big Brother, revealed his 'secret': that he’d been sacked from every job he’d ever had. I knew I’d met him somewhere before.)