How Guzman Y Gomez took on McDonald’s without marketing 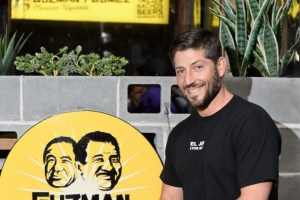 In just 12 years, Guzman Y Gomez (GYG) has opened 100 stores in Australia, is in the midst of raising $25+ million to expand into the US and is on its way to reinventing the fast food industry – all without marketing, according to founder and global CEO Steven Marks.

“We had no marketing team when we started in 2006 but we had the best operations, the best chefs and our success has been because of that,” Marks says.

“We we’re all about getting our product into people’s hands and isn’t that the best form of marketing? The experience talked for itself and we relied on our customers to tell our story.”

Sampling has been a big part of GYG go-to-market strategy, with Marks arguing that “no one knew what burritos were” before the franchise opened in Australia 12 years ago.

Its free burrito days have become part of its strategy with the 2017 event handing out 46,000 burritos to customers and creating a loyal following, Marks says.

The brand has recently launched a breakfast burrito range, and is keen to get the breakfast choice to take off in Australia as it has overseas. Marks says GYG will be “relentless” in getting the product into consumer hands.

It’s only been in the last two years that GYG has focused on growing out its marketing department as it looks to take its brand to the next step, aiming to launch more drive-thru restaurants and explore the possibilities of tech, from greater personalisation to delivery drones.

The marketing team now sits at a team of 11, but Marks says GYG does little advertising – only digital and “some radio”.

“We are more focused on building loyalty,” Marks says.

Marks believes the company is well on its way to being the “fastest food company” in Australia, matching the speed of McDonald's but "beating them on quality".

He has a reputation for being obsessed with McDonald’s, even poaching several of its international executives to head up his own company. Three former McDonald's bosses now sit on the GYG board and are key investors.

“We are reinventing fast food. People for so long have believed in the McDonald’s phenomenon, but their quality and my quality aren’t the same. And now I’m just as fast as them,” Marks says.

“I’ll go out of business before I cut quality. I don’t give a shit.”

Marks has crazy ambitions. He wants GYG to be completely sustainable in the next few years and has made big changes to produce quality food ethically, such as only using free-range chicken.

“If you can build a brand that can live in Australia, it can go anywhere,” he says.

“You can become efficient because you don’t have many people and it’s hard to make a lot of money – so if you build it in Australia, you know you have a chance to grow on a global stage.”