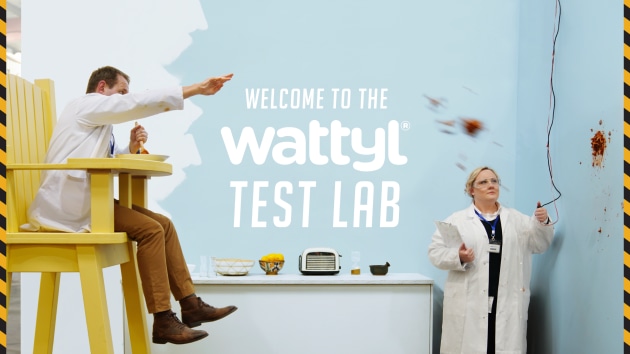 Laying down a new brand platform.

Edge is behind the transformation of Australia’s iconic paint brand, Wattyl.

The work is the creative agency’s first major project for Wattyl since its appointment last year and launches a new brand platform and tagline via an integrated campaign.

The $3 billion Australian paint and coatings market is highly competitive but has been stuck in well-worn advertising tropes like spaghetti and crayons on freshly painted walls.

Edge’s role was to reposition Wattyl by leveraging its 100 years of heritage in protection against Aussie conditions and break category conventions to differentiate the brand, making it more relevant to today’s tradie and DIYer.

“We looked to Edge to help us lay down a new brand platform across the entire business that stretches from brand to product communications, and deliver it with a campaign that fuses advertising and content,” says Wattyl’s head of marketing, Lee McClymont.

Edge developed the new platform Don’t Worry, it’s Wattyl to reinvigorate confidence and an authentic Aussie voice to the brand, while the campaign itself plays up Wattyl’s authentic strength in the extreme testing of its products through a hyperbolic version of their test lab where scientists don’t hold back in putting the paint through its paces.

The ad includes a jab at the spaghetti and crayon clichés alongside sumo suits, explosive blenders, a shared shower situation, and a cavalcade of random moments including a classic Wilhelm scream. There’s even an egg frying on a paint tin as a nod to Wattyl Solagard’s iconic Aussie ad from 1987.

The campaign includes a 45-second TVC, 30-second TVC, three 15-second online films focused on specific product features and benefits, social media amplification, outdoor, POS and a cleverly integrated promotion that wants Aussie home-owners to extend the Wattyl Test Lab into their own home. To win the interior of their house professionally painted, consumers must spot a specific ‘easter egg’ hidden among the mayhem of the hero TVC.

David Stretch, managing director, says: “We wanted to build on Wattyl’s heritage of protection and present it in a highly memorable and relevant way – presenting Wattyl as the brand that people can absolutely trust and have confidence in. And what better way to present confidence, than to simply say, ‘Don’t Worry, it’s Wattyl.’”

Matt Batten, executive creative director, says: “To add to the chaos of the story, draw the viewer in and really break away from the same old boring paint ads of Wattyl’s competitors, Edge worked with directors Michael Mier and Lav Bodnaruk to capture almost the entire scene in a single shot – a painstaking process of take after take with choreographed timing for actor queues and in-camera effects.”