Koala.com has done it again with a cheeky poke at Ikea, temporarily posting a second billboard in front of its first ‘NOFNIDEA’ sign.

Koala placed a responsive billboard after gaining some negative feedback after their dig on Ikea's billboard claiming that they had easy furniture to assemble.

The open letter-style billboard read: "Dear Ikea, we feel bad about the billboard (we’ve never had so much hate mail, good thing we can’t read Swedish). Please accept $100 off our mattress, with code ‘SORRYIKEA’."

Created by Koala's in-house team, the ad aligns with Koala's cheeky style of advertising that light-heartedly mocks other ad campaigns around Australia. 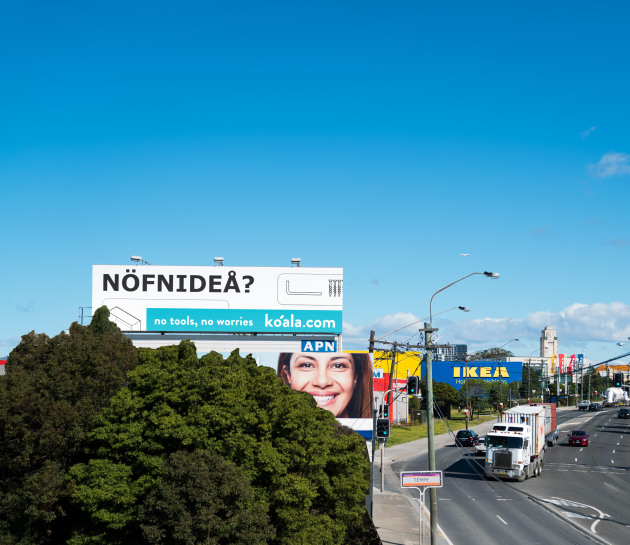 The first billboard posted by Koala