The dedication page reads: "For mothers everywhere, I dedicate this to you – a brief escape from motherhood into the arms of your fantasy Colonel. Whoever he may be."

Here's a snippet of the story:

He was the most handsome person she had ever seen; even his beard made him look more manly than unkempt.
"I've never seen a sailor who wore glasses before," she said suddenly. He grinned.
"Neither have I. Then again I don't often look in the mirror," he replied.
She felt her cheeks blush a flame red, and she retreated to the kitchen to stop them from blushing further.

The novella is actually real and can be downloaded for free on Amazon.com right in time for Mother's Day. 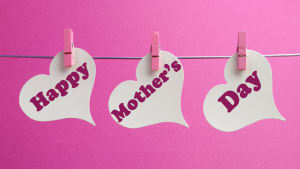