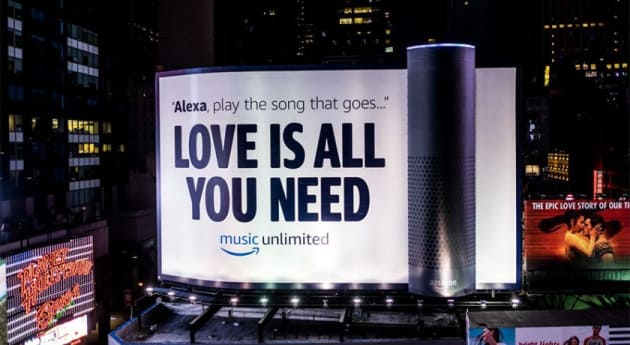 Amazon Alexa hits Times Square, beating Pepsi for largest installation by an advertiser in the spot.

Amazon has teamed up with outdoor companies Outfront Media and Rapport to install a 24 metre Amazon Echo above New York's Times Square.

The company says the advertisement breaks the record for the largest installation, a title previously held by Pepsi in the 1940s.

The Echo replica includes an LED light ring, programmed to replicate the pattern activated when a user asks Alexa a question in real time.

Outfront Media executive VP and CMO Jodi Senese says: “Amazon Music's gigantic deployment is a key example of the creative possibilities out-of-home offers brands and we are very excited to be a part of this unique campaign.”

Times Square remains one of the most prominent advertising hubs in the world with brands such as Canon, Coke and LG leveraging the high visibility space.

The Echo installation is part of Amazon Music's large scale advertising campaign 'Music Unites', which was inspired in part by John Lennon and Yoko Ono's 'Happy Xmas (War is Over)' billboard campaign.

Rapport global CEO Mike Cooper says: “Rapport has a long and storied history of innovative and dynamic campaigns in the out-of-home space.

“It's been a thrill to work with a client that regularly pushes the boundaries of advertising like Amazon,” Cooper says.

“We're keen to see the engagement from the millions of visitors in Times Square who will come across this truly impressive ad.”

The giant aluminium Echo replica will be on display on Broadway between 44th and 45th Street now through June 25. 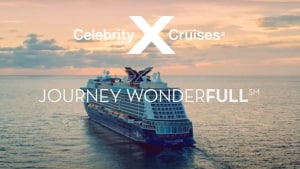