Gay is okay in Valentine's Day campaign for Lush Cosmetics 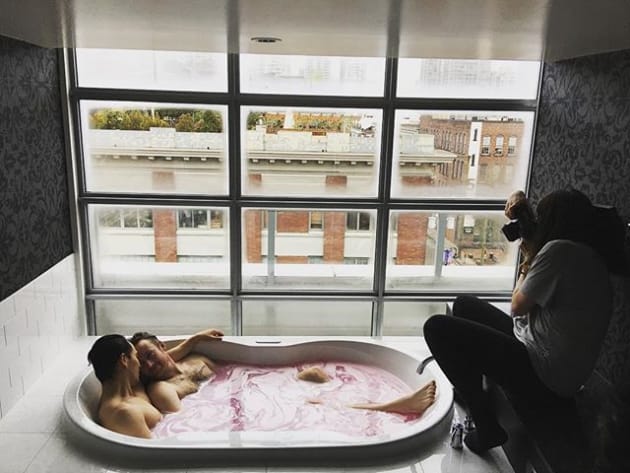 Lush Cosmetics is celebrating Valentine’s Day with an inclusive campaign starring same-sex couples sharing a bath together and the hashtag #loveislove.

The campaign, which launched to gear up for Valentine's Day, features pictures of a gay couple and a lesbian couple bathing together in a tub using Lush's famous, all-natural, cruelty-free bath products.

It isn't the first time Lush has taken a stand for LGBT people. Shortly after marriage equality was passed in 2015, the cosmetics brand sold a #GayIsOk bath bar in a majority of their stores, with the proceeds benefiting LGBT charities across the world.

Our Valentine's Day goodies are even better when you've got someone to share them with. Online and in shops now: https://t.co/e7OJujFK3I pic.twitter.com/sPryxZ3icE