In the advertising world, it seems Easter is upon us already. But hey, it’s not all bad. Chocolate egg anyone?

Cadbury UK is not messing around this Easter, releasing its first Creme Egg commercial today. Yes you read that right, today.

The 30-second ad has been revived from past years, featuring the same young (slightly creepy) male in his bedroom flirting with a picture of a Creme Egg.

The man is staring at his moustached self in the mirror pulling what can only be described as Zoolander inspired poses.

It’s as strange as it sounds.

The campaign’s message is to have a fling with a crème egg, because they are only here until the 27 March. 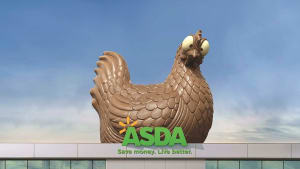