Who watches the watchers? Val Morgan rolls out facial recognition 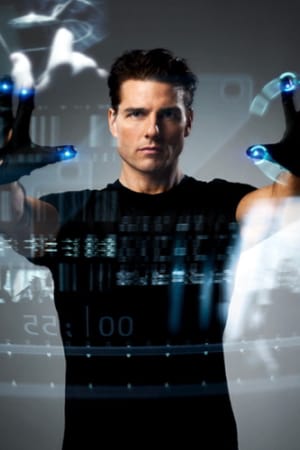 Facial recognition is coming to a shopping centre near you. It might already be at your local petrol station.

Val Morgan has rolled out the technology across 20 petrol pump sites in Australia and will have up to 30 shopping centres signed up next year, with a dozen in play by the end of March.

UK company, Amscreen, made the national and international press earlier this month when its own facial recognition technology was described by the chief executive as something like Minority Report. That comparison got the papers into a froth about privacy and Big Brother.

Val Morgan Outdoor managing director Anthony Deeble is aware of the need not to cite dystopian sci-fi flicks and retina scanning, because, he insisted, there will “be no recording of individual details whatsoever”.

The system uses Intel's technology overlaid on Val Morgan's new back-end, which will allow programmatic advertising. Deeble claims it allows the company to recognise gender and age “to within five years” accuracy. It also means that the company has the actual number of views (to within 98% accuracy) to back up its claims of four million pairs of eyeballs on its screens every month, and a better idea of who is watching which ads, where, when and for how long. “It can even tell whether they are happy or sad,” claimed Deeble. “There is no longer guesswork [in audience measurement] it is absolute.”

That will “change the game” for outdoor advertising, reckoned Deeble, in terms of audience measurement and in turn day part advertising within out-of-home.

What it has shown so far is that “people want entertainment content”, he said, and it has allowed Val Morgan to work with advertisers to adjust their content to deliver impact.

In the not too distant future the new back-end will allow ads to be served dynamically based on the age and gender of the individual recognised by the screen, bringing outdoor digital closer to online real-time advertising. “We're not there yet but we are building the infrastructure,” said Deeble. At petrol pumps, when people have no choice but to look at the screen, that could prove interesting.

Within shopping centres, the relationship with viewers will not be one-to-one, but via screens in high thoroughfare areas, such as at the top of escalators, said Deeble. That will enable the company to determine audience groups and where they are most likely to be within the shopping centre at certain times of the day.

"So we can say that between 2pm and 4pm there are more mums in the centre and where [in the centre is getting the most footfall]. That means we can direct advertisers to the right audience at the right time with the right content. That equals ROI. There has never been this type of accountability tool in outdoor in this country."

Other firms will follow, predicts Deeble. “I think it will become a requirement.”