We chose to cannibalise our business before someone else did: Australia Post 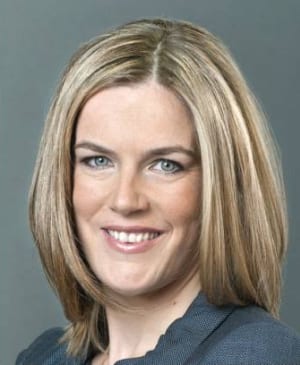 Australia Post admits that if the Digital Mailbox is successful, it will accelerate the decline of its letters business. But that's the point – the overriding theme of the digital era is one of managed decline. And it's better to eat your lunch before someone else does.

Speaking at the ADMA Global Forum, Catriona Larritt, general manager of Post Digital at Australia Post, said it was a question she was often asked. “The answer is yes, it's clear that if we're successful, over the next couple of years we'll accelerate the decline of letters,” she said.

“That obviously will have a material economic impact on Australia Post, but we made a decision as a business that this was happening anyway and we may as well cannibalise our own business rather than have someone else do it to us. That was a hard decision organisationally.”

But Larritt said there were billions of letters still sent, so for the next three to five years it would be about ramping up migration to the Digital Mailbox and “providing a multi-channel communications offer”. In other words, managed decline.

“You can look at lots of organisations who haven't come to grips with that – Kodak and digital cameras is probably the most well known example – but it was an important step for Australia Post to take and now we have huge support across the business even though there's an acknowledgment of the impact on our traditional business.”

Australia Post says letter volumes have declined by 4.4% and "expects this to continue", but wouldn't specify its long-term projections. Larritt said many businesses were stuck at around 30% of customers online – the goal was to push that figure to 70% by offering an "integrated solution" which offers "utility and convenience".

The Digital Mailbox went into public beta on 24 May with AMP and Yarra Valley Water signed up, and is now moving out of beta with Telstra and the Department of Human Services coming on board. An online and social campaign will kick off later this year, followed by a more traditional campaign early in 2014.

Larritt said the biggest challenge in bringing providers on board was the fear of disintermediation, with providers afraid of Australia Post getting in between them and their customers. That required many businesses to “reframe what digital success is”, because often their targets and KPIs were all related to their own infrastructure and online portal in which they were heavily invested.

Even Australia Post's own thinking had to be reassessed. “One example is around our mail hold products. We used to only offer them through Australia Post, whereas actually it should be offered through travel sites and lots of other sites. So we had to reframe our own way of thinking about success in terms of driving online migration.”

Initial conversations with providers, she said, “tend to be about savings, but quickly move to, how do I better engage with my customers?” The added value for brands, as with most things in the digital age, comes from the data. “The question for marketers is how to use the new digital channel to both acquire and retain customers but also understand them more effectively as you look at all the data that comes through.”

That means reaching customers “right to the kitchen table”. “Providers will be able to understand when the consumer has received the document, when it's been opened, how they've responded, but also how those customer behaviours compare to their peers and other benchmarks.”

A 2012 study by the Direct Marketing Association in the US put response rates for direct mail at 4.4%, compared with 0.12% for email. The Digital Mailbox is entirely opt-in – Australia Post says providers will never be able to send out blanket communications – so what it all means for advertisers, and the DM category as a whole (Nielsen figures showed DM fell 14% last year, down from $299 million in 2011 to $257 million in 2012), remains to be seen.