Uncomfortable reading: What clients can learn from a heavy metal concert and burning books 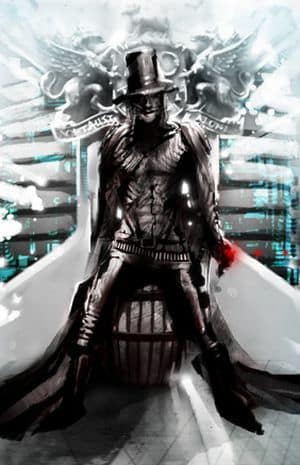 He ain't heavy... Thanks to the genius at www.joeplant.com

In solving problems, it is human nature to want to jump to the solution as quickly as possible, but spending more time interrogating the question delivers better answers. As Abraham Lincoln once said, "If I had six hours to cut down a tree I'd spend four hours sharpening my axe."

With those words, Mindshare kicked off Uncomfortable Ideas at the Bar, part of the Vivid festival at the MCA in Sydney last night. Adam Ross and Sam Turley head up Mindshare’s Co-Creation division. Their mission is to take themselves, and clients, out of their comfort zone.

"If you want to transform, you need to try new things," Ross said. "You have to embrace being uncomfortable. People misinterpret that as being 'a bit weird' but it's about trying something new."

The audience, largely start-ups and new businesses, heard from Turley how in 1900 brothers André and Édouard Michelin had solved the problem of selling more tyres despite there being only a few thousand cars on the road in France. The answer was the Michelin Guide.

A more recent example was a cancer charity in Brazil that needed long, undyed hair to make wigs for those undergoing treatment. The solution? A heavy metal festival where fans could only get tickets by donating some mane.

Then there was the library facing funding cuts that needed to remind people how much they care about books. It devised a book burning party and invited the neighbourhood. That created the necessary outrage and galvanised community support.

"Why were these ideas the exception? Because people have to embrace the uncomfortable," said Ross. He and Turley outlined five key points to the audience of entrepreneurs that they use to help find better business solutions:

"One, be relentlessly curious – quality output requires quality input, or garbage in equals garbage out. Two, steal often. Quentin Tarantino says he steals from every movie ever made. Bowie said the same with music, Kobe Bryant said every move he ever learned was stolen from other players. We do that too and show clients a product showcase called 'ideas you'd like to steal'.

"Three, take play seriously. Play switches on the subconscious to find the creative output you need – and it's fun. Four, do more of what makes you happy. That led to Idle Hour [at Mindshare]. It was hard to get across the line but we did. [And finally], be uncomfortable. You have to embrace that."

The duo, along with Jason Maggs, then tasked the audience with defining and discussing their business problems – from a single issue to not knowing where to start. Workshopped into groups, the teams then whittled down their issues to their root.

One example was a company that produced clips for laces, the target market being young blokes who don't want the hassle of things like tying their shoes. The product launched, got some coverage in The Sydney Morning Herald but... didn't get traction.

The easy answer might be to target skaters, street soccer and school kids. But that might be making the mistake of heading straight for the solution.

Mindshare now has one week to think up solutions to that and all the other problems posed before presenting them to the audience at the same place next Wednesday. "We'll solve as many as we can... but we also have a day job to keep and not get fired," said Ross.