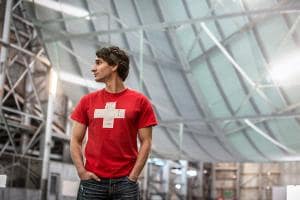 The three-part series will track Sampson's attempt to undergo a 'brain makeover' with the science of brain plasticity. It will probe things such as memory improvement and mental ageing.

Sampson is known to Australian audiences as a regular panellist on the Gruen series and to adlanders as the chief executive of Leo Burnett Australia. He live-tweeted during last night's broadcast.

Redesign My Brain with Todd Sampson was highest-rated non-news, non-Home and Away program on Thursday night, according to overnight OzTam ratings. Along with ABC News (in fourth with 907,000 viewers), it almost bested Nine for second place in audience share.

Seven News was number one with 1.07 million viewers while Beauty and the Geek was watched by 804,000 viewers. A fast-tracked episode of How I Met Your Mother commanded 720,000 viewers.