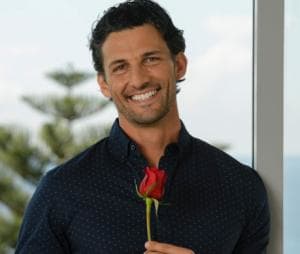 Ten could be looking at a ratings hit with The Bachelor if social media buzz is any indication. The reality show has been scoring exceptionally well on MediaCom's mBuzz tool ahead of its Sunday debut. Media agencies have predicted it will rate over a million.

Following what looked like a very expensive promo, Ten's The Bachelor Australia will hit screens on Sunday night. But social media is already ablaze with chatter about the upcoming series and the 'hunkiness' of the man female contestants are hoping to woo.

The Bachelor has scored an average 49.99 on mBuzz in the seven days to 2 September, compared to the benchmark score of 8.89. Encouragingly, it started from a position of 9.27 on 27 August and has been gaining momentum since.

mBuzz scores indicate the level of talkability around a series among Australian social media users.

MediaCom head of technology and innovation Nic Hodges said the show was enjoying a big lead-up to its launch and was growing its fan base by 10% per day. He predicted if the series was to rate well, social media would generate a lot of positive conversation throughout the season.

TMS head of broadcast Suzanne Magill also forecast a strong start for the show, particularly among women under 30-years old based on patterns from previous similar programming such as Outback Jack and The Bachelor US. Magill said the Ten program could debut to over a million.

Ten's Recipe to Riches, which premiered last week, was the second most talked about program on social media with an average mBuzz score of 38.07. But the competition reality series has dropped from 51.61 on 27 August to 25.45 on 2 September.

Long-running soapie Neighbours spiked to a score of 33 on Friday after the death of a character increased its talkability. The program normally scores in the range of six to nine.