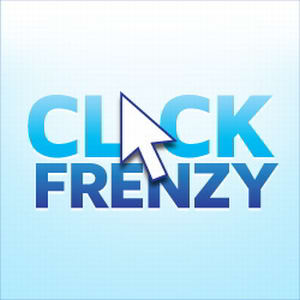 Online sales traffic surged 16.3% yesterday compared to Click Frenzy event in 2012 and mobile traffic was up 33%, according to IBM's tracking figures. Australians flocked online to kick-start Christmas shopping and take advantage of discounts.

But despite one of the highest smartphone penetrations in the world, the locals aren't sealing the deal on their phones.

Traffic spikes during the 24 hour shopathon occurred around 9:30pm and 11:30am as people piled in after dinner, and again during mid-morning breaks.

And they were looking for bargains: The average basket spend was down 4% from last year at $131.13.

IBM's Digital Analytics Benchmark also recorded a 33% hike in mobile traffic with mobiles sales accounting for 17.7% of total sales during the event, up from 12.4% last year.

Smartphones accounted for 15.9% of all traffic and tablets made up 17.4%. But while a significant level of transactions were completed via tablet (14.1%), only 3.7% of total sales came through smartphones compared. It's not a revelation that people are happy to search and research on phones and reluctant to actually make the purchase, but the IBM data shows the scale of the opportunity going begging.

Social media played a relatively small part in driving traffic. Just 0.89% of referrals came from social networks, although Facebook was the largest contributor.

Some 170 retailers offered discounts as part of the online sales event.

Despite the massive surge in order volumes, the railer claimed 97% of orders were dispatched in time and customers were  receiving deliveries this morning.

Adam Jacobs, managing director and co-founder of the Iconic, said the sales event demonstrated that the efforts the retailer has made investing in its systems have been effective and show the site is capable and prepared for “sustained growth”.

A number of retailers, including Kogan and Myer, launched 'early bird' sales events ahead of Click Frenzy's 7pm start on 19 November, resulting in a 20% increase in retail sales the day before the main event