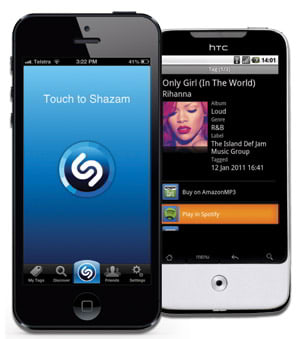 Shazam is introducing mobile retargeting that will use its data to allow advertisers to target users who have shown interest in specific tracks or genres of music.

The music search platform launched a news feed feature in February as part of its a strategy of increasing the time users spend within the platform on mobile devices.

The capability is initially only being offered to music labels that wish to target fans of specific artists or genres. Later it will become a commercial tool available for brands to retarget users that have searched for certain tracks.

Shazam has been working with music labels as a way of targeting new releases at music fans who have tagged certain tracks before. If a user has previously Shazammed a track by One Direction, the label can target those people when the band releases its next track.

It worked with the label behind Nathanial Willemse, a former X-Factor contestant, to create a short video thanking fans for tagging and listening to his debut single last year ahead of his second release. It was tagged 240,000 times by 169,000 different devices and the video content was pushed to those users in the news feed directing them to the latest release.

Steve Sos, sales director for Shazam Australia and New Zealand, said: “We get such a great signal of intent when people Shazam content, whether it's for a brand or a piece of music and we're starting to take that signal of intent to the retargetting space.”

“News feed launched to drive time spent and stickiness. Our [user] numbers are significant but there's huge potential to narrow the gap between our users and our monthly active users,” he told AdNews.

The company claims it has 9.5 million users registered in Australia, with 2.5 million of those active each month. Globally he claimed Shazam has 450 million users and 90 million active monthly users.

Shazam is also building communities around interest groups. People who have tagged Seth Rogan films, or certain genres of films can be targeted on the behalf of distributes when similar releases come out. The next step is offering advertisers the tool.

“We'll get [to advertising] down the track but for now the focus is around music because it's about building the use case and utility of the news feed around our core music proposition. Fair to say down the track there's a lot of commercial opportunities to explore, but it would be in a very metered way because we want to ensure the core purpose of music remains,” said Sos.

Shazam is also looking to extend its reach into cinema in Australia following a deal in the US between the service and NCM, America’s largest cinema advertising company. The local equivalent here is Val Morgan.

Although Sos concedes the issue of movie etiquette and not using phones or playing audio in theatres is valid, he believes cinema is a lucrative and growing market for brands to engage with audiences through mobile

“We're so wedded to the device that the idea of turning it off and putting it down for few hours actually scares us so [most people] are trying to do things on the phone before the movie starts,” he said.

“There's an opportunity to connect through the soundtrack of a movie, introduce direct click-to-buy, as well as connect with advertisers before films start. In that way it's a natural environment to Shazam. And because it's unobtrusive its a nice way to engage with content.”

A similar move here is a “logical step as traditional medias look for ways to drive further engagement and enhance their own product offering its a really nice marriage. I would hope its the kind of thing we could emulate in the local market as well as in Europe.”