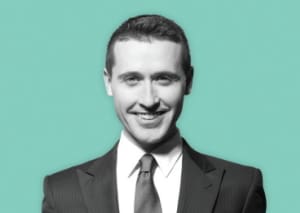 Industry self-regulation around gambling ads will need to come under more scrutiny while the exemption for sports broadcasting may come under fire according to a government committee report.

The joint select committee on gambling reform has released its report into the advertising and promotion of gambling in sport this morning. The committee has grabbed headlines over the past few months, especially in conjunction with the controversy around the promotion of live odds during sports matches.

In particular, Tom Waterhouse's integration into Nine's NRL coverage had become a focus of the committee as negative public sentiment towards Waterhouse's activities reached fever pitch.

The committee's main recommendations are centred around concerns about children's exposure to gambling promotion during sports broadcasts, which have a significant amount of viewers under 18-years-old. However, several committee members have argued the recommendations do not go far enough.

Currently, sports are exempt from the ban on gambling ads during G-rated programs. The committee recommended the government review that exemption, but with public consultation.

The committee's review into gambling promotion has brought on a flurry of activities from the gambling and broadcast industries in the past few months as they try to pre-empt the committee's recommendations.

In April, industry body Free TV proposed its members would ban live odds promotion during and 30 minutes before and after a match.

Two weeks ago, prime minister Julia Gillard announced the government would move to ban all promotion of live odds during sports broadcasts. It would also move to ban all generic gambling advertising during play but would allow it during scheduled breaks. However, if it's found generic ads are high in intensity during breaks, it may implement a blanket ban on those as well. The government's proposals also banned gambling ads on banners and sponsorship logos during play.

The Australian Wagering Council said it welcomed the government's proposed changes and would move to curb live odds promotion.

Tom Waterhouse, in response to public feedback, has agreed to reduce his advertising presence on TV and altered his agreement with Nine Network.

Other recommendations from the committee included further research into the impact of 'normalisation' of gambling on children, research on the effect of mobile apps on problem gambling as well as several recommendations to other organisations such as the Coaltion of Australian Governments' select council on gambling reform, the Minister for Sport and the DRALGAS Office of Sport.

The committee has also recommended the Broadcasting Services Amendment (Advertising for Sports Betting) Bill not be passed. This private members bill was introduced by Greens Senator Richard Di Natale (a member of the committee) and Adam Bandt MP into the Senate and House of Representatives respectively. It sought to ban all gambling advertising during sports broadcasts and sports programs.

A dissenting opinion at the end of the report from Di Natale, Andrew Wilkie MP and Senator John Madigan said they agreed with the majority of the committee's recommendations but believed some needed to be stronger, particularly around the effects of the gambling industry on children. They also recommended The Greens' bill be passed.

Committee member and Senator Nick Xenophon has also dissented from the majority opinion and argued many of the recommendations don't adequately deal with the “insidious promotion of gambling in sport”. Xenophon also accused Waterhouse of being either ignorant or disingenuous in Waterhouse's claim the industry's turnover has not risen, apart from CPI, since 2007.