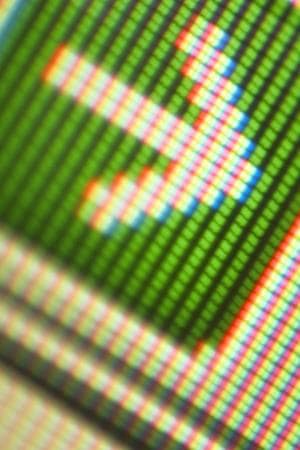 The way industry measures ads served digitally is set for major change in 2014 with the shift to viewability. The means advertisers will be able to pay for ads that people have actually seen, not ads served on a page where they may not be. Alice Manners, head of the IAB in Australia, told AdNews it was one of the biggest challenges facing publishers in 2014.

As a standard, it is likely to roll out in Australia in the second quarter. Media agencies are keen for its arrival, as it means they will be able to reduce wastage by only paying for ads people have seen – and not those that they haven't. That creates a challenge for publishers because it changes they way their sold inventory is measured.

Manners said that meant publishers had to be ready, and that was top of the IAB's agenda.

While the standard is under development, TubeMogul today announced it has already rolled out viewability technology, with the functionality now built in to its software.

"Every medium has to deal with consumers ignoring ads or accepting that a certain portion of their booking will never be seen in the first place,” said TubeMogul Australia managing director Stephen Hunt. Digital video is no exception with many ads that are broadcasted online by brands never connecting with an actual eyeball.”

Hunt added that TubeMogul was making video ad viewing transparent and its tool would inform advertisers what portion of a video ad is in view, and how long it remained viewable.

“We can also determine whether a window is active or if the user may be looking at another web page, and we can see what the video player size is, and how many ad impressions are simply not measurable.”

Hunt said it was all about making online video advertising more accountable.

“While there should always be a tolerance for a certain level of misfire, it's exciting that online video is making the tough choice to stand up and be measured,” Hunt added.

Manners said the IAB was working alongside TubeMogul and other tech players to "define a relevant solution and timeline" as transparency was "critical". Agencies and marketers needed "robust and scalable solutions" to viewability.

As well as measuring viewability, the technology can work out if a site or placement has low viewability. If so, marketers can turn it off in real-time, meaning they stop wasting marketing dollars on ads that are unlikely to be seen.

Hunt said it wasn't just about beating publishers with a stick because those with better audiences would build higher yields. "It's a win-win," he said.