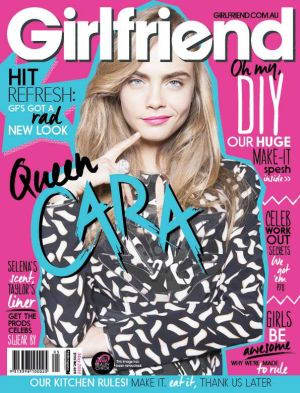 Pacific Magazines' teen and tween titles Girlfriend and Total Girl will share editorial staff in a proposed restructure that will see both magazines retain their respective editors.

The shift could also result in two redundancies from the magazines.

Peter Zavecz, Pacific's director of magazines, said the changes would bring better efficiencies across both titles in print and digital.

While editorial staff will work on both magazines, Girlfriend editor Sarah Tarca and Total Girl editor Amanda Nicholls would not see a change in their roles overseeing each magazine.

“While each title is successful and has a clear positioning, there are efficiencies in bringing the editorial into a shared unit, where there are synergies, particularly with our ongoing digital content focus,” Zavecz said.

Readership of Girlfriend dropped 24.2 per cent in the most recent Roy Morgan survey.

At the same time Pacific's lifestyle title Prevention will halve its frequency in a move to bi-monthly with one job being made redundant.

“Editor Jacqui Mooney and her team have a growing and loyal audience, and the change in frequency will allow them to continue to deliver the most relevant and engaging content and to explore a whole new range of opportunities,” Zavecz said.

This comes off the back of the news that Pacific Magazines plans to launch a new women’s print and digital magazine in the first quarter of next year, The Australian reports.

Zavecz told The Australian Pacific has developed a mainstream magazine in the women’s market which would be focus-group tested.

Have something to say? Send us your comments using the form below or contact the writer atadnews@yaffa.com.au