No one's paying attention to digital ads... well, 8% are 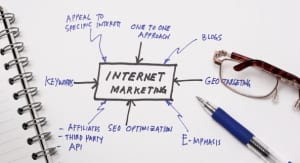 Research released today by Adobe found only 8% of people paid attention to online ads, which is less than a third of the highest attention-seeking advertising: print ads in newspapers and magazines which came in at 26%. Other traditional media, which all did better than digital, scored 22% for TV ads, 16% for radio ads and 14% for billboards. Ads in apps and games bottomed-out at 5%.

So while the likes of PWC have predicted that digital advertising is set to become the highest revenue sector in adland this year, people aren't paying attention. But why? Because brands don't make it relevant.

Adobe managing director Australia and New Zealand Paul Robson told AdNews: “The preference consumers have towards traditional advertising has more to do with digital. The reason consumers don't see the value of digital yet is that it's not personalised or relevant. That relevancy creates an affinity.”

But in a catch-22, 90% of Australians aren't opposed to a company customising its products to them but 73% believed it was creepy when companies target ads based on their behaviour.

“Where is the line you draw? Between making the data you have about yourself more open in order to get a more relevant response and different demographics all impact on that in various ways,” Robson said. “The more you give away about yourself the better the ability of the marketer [to serve you relevant ads].”

"It's an ongoing decision in taking the data they have to make it relevant. Those that do it well will succeed. It's also an ongoing negotiation with consumers."

Robson argued it comes down to the marketer to give consumers that value to encourage them to part with that personal data.

Robson added in a statement: “The research found that many Australians find online advertising annoying, distracting and invasive. The challenge for marketers is to use the data they gather more effectively. With the right data, you can provide a powerful bespoke experience for individuals rather than a website designed for everyone that relates specifically to no one.”

Just to put into more context the attention-paying statistics, 72% of people paid attention to speed limits and even though it's been wrong so many times, 57% of those surveyed paid attention to the weather report. But your boss will be displeased to find out only 45% of subordinates paid attention to her/him while 63% didn't pay attention in office staff meetings. Even parents got more attention with 50%.