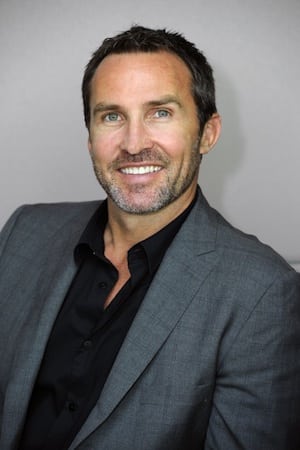 Some might argue that social media is more noise than signal. But former Ninemsn sales boss Kerry McCabe says it's gold for publishers. He officially launched a new programmatic company in Australia today that tracks what people share from publisher's websites and serves the recipients ads. As they become publishers, he reckons brands and sporting rights holders have a massive opportunity to monetise 'dark social', and take the ad dollars back in house.

RadiumOne was officially founded three and a half years ago by controversial entrepreneur Gurbaksh Chahal, who sold his first two ad tech companies for $340 million by the time he was 25.

It's an end-to-end programmatic advertising platform, with a fully integrated data management platform (DMP) and demand-side platform (DSP). The company calls its product an operating system that does the usual real-time buying and data combination but adds a social "antennae" to help publishers "understand and monetise social audiences better", according to McCabe, who says "data and delivery should never be separated".

In simple terms, publishers who embed the OS can see who has copied, pasted and shared content from their sites. Whether shared by email, Facebook, Twitter or whatever, a link is added "so what was 'dark' social becomes [lighter]", said McCabe. "It helps publishers shine a light on dark social", to see what people are sharing, bring them back to properties via links and provides the ability to target those people via programmatic means and therefore monetise it.

McCabe said whereas some programmatic firms are more noise than signal, dressing up targeting as RTB, he claimed his firm's solution allows publishers to target people "much higher up the funnel" and bring them through programmatically. He said the "share graph" of publisher content is built automatically, enabling "real people to build specific campaigns based on attributes clients want, tailoring signals to campaigns to inform RTB buys via ad exchanges".

While Australia is a hotbed of programmatic activity, quality, actionable data is in short supply in Australia, he said. "It is noisy here and globally. If you look under the bonnet a lot of it isn't that sophisticated – a commodity play in a squeezed market and in some cases, not much more than flashed-up retargeting. That is the bottom of the funnel." He said the firms to survive the coming programmatic crunch will be those that "bring people in at the top of the funnel, adding value rather than retargeting the bejesus out of people with cookies".

McCabe said that the global programmatic market will have to thin out eventually. "There are 1,000 operators across 37 sub-categories in programmatic. In Australia, if the market is around $140 million and most of the global operators are in market, that is a very small amount to be fighting over. The Australian market is very sophisticated, so if you're not really good, you get spat out the other side pretty quickly. The trading desks are so strong here."

McCabe predicts the local programmatic market will more than triple to $500 million by the middle of next year and that "95% of all online marketing will be programmatic within the next couple of years". Brands as publishers could drive much of that growth, he said. Rights holders are also on his radar, because they have huge, deeply engaged fan bases that can be followed, understood and monetised.

"For an AFL sponsor, for example, there is now an opportunity to activate that audience on the open web, wherever the fans turn up. We've had a lot of success overseas [with the likes of the Football Association, and clubs including Chelsea and Arsenal] and have started meeting with codes here."

The Australian clubs and codes "are only just starting to attempt to commercialise their fan bases" and become publishers themselves. In the past they would outsource rights monetisation. But the shift is coming, McCabe said, and while tight-lipped on details, he hopes to be crowing about a deal signed with a local club this week.