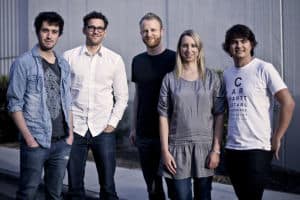 Elmwood senior director Sue Mould has been recruited as design director and will develop the brand identity for Queensland Art Gallery and Gallery of Modern Art in Brisbane. Drew Coughlan and Robert Farrelly have joined as designers.

Interbrand general manager Andy Wright said: "We've had a great first half of 2011 and the team is growing rapidly, whilst the competition have experienced some challenges. Sue is someone whose work we have admired for some time and we're very excited that she's joined us from Elmwood.

"We're creating a very high performing, creative culture here at the moment and recent additions like Sue, Robert and Drew are exactly the types of hires we're looking for."

Interbrand's Melbourne team numbers 15, while the Sydney office has grown to 47 staff.