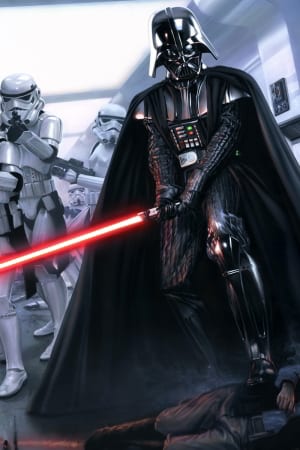 Just quietly, Yahoo!7 holds little long-term hope that Google’s search machine can be bridled in Australia. It’s not the company’s official line, but senior management at the joint venture between Seven West Media and Yahoo! have acknowledged in conversations in the ad market that it’s a near-impossible task to rein in Australians’ world-beating romance with Google search.

The US remains the best-performing search market for Bing and Yahoo! Search, where they have a combined 28% of search queries, according to ComScore.

But Google’s near monopoly in Australia remains of utmost concern for Mi9’s chief executive, Mark Britt – he tongue-in-cheek labelled Google the “Death Star” last year for its ominous presence in this market. Britt continues to push the line that someone must offer consumers and advertisers an alternative.

This week, the alternative made another bid to keep agencies and advertisers in check over Google with the announcement that Bing Ads, which delivers paid search ads to Bing users, will launch here in July.

To date, Bing has been using Yahoo!’s platform for delivering search ads, which will be ‘sunsetted’ by Yahoo! globally this year. Bing and Yahoo! forged an alliance three years ago to join forces on its paid search ad engine – it is a different beast to the search query platform which online users see.

Already 25 markets have switched to Bing Ads and now it’s Australia’s turn. Just 12 countries represent 95% of revenue for global search advertising and Australia sits in the list, according to Bing Ads global general manager Steve Sirich, who was in Australia this week to unveil the new venture.

The difference for Australia is that Google is almost untouchable and consequently, the ‘share of wallet’ which Bing and Yahoo! get from advertisers and media agencies is much lower than even their small share of consumer search queries. But Sirich says major improvements have been made in monetising “an equitable share” of search queries in other markets as they have switched to the Bing Ads platform.

“We have seen significant improvement where we have launched Bing Ads relative to the investment from our advertising customers,” he told AdNews. “We have similar expectations as we launch here.

“We know this is a marathon. This is a long-term investment for us. Search, we believe, is a core service which will be part of many Microsoft services and a part of our devices experience. Our expectations are for growth but we don’t right now have visibility to a huge step-change in the near term.”

Britt would not be drawn on expectations for improving Bing’s share of search queries here other than saying someone needs to keep trying.

“Australians deserve more than one search engine and advertisers deserve choice, and we get that from advertisers and agencies in every single conversation we have,” he said. “We are under-performing in terms of share of wallet but we won’t break that down into specific numbers.”

While the switch to Bing Ads was welcomed by one of the bigger Australian buyers of search advertising, Adobe Digital Marketing, which acquired search agency Downstream last year, the operation’s head, Steve Knowles, said it would be a tough haul for Bing Ads to get traction among media buyers.

He said resource and time was scarce for media agencies to adopt a new ad platform when it controlled such a small stake of the booming search market and higher margins were to be found from agency trading desks.

Knowles said there was still good buying to be had across Bing and Yahoo! – a search term which might cost an advertiser $1 on Google could be as low as 70% for the equivalent on Yahoo! and Bing.

“We will definitely continue to use those channels,” Knowles said. “We see no change in that. We’re hoping Microsoft’s Ad Centre comes with platform advantages.

“But they’ve got a pretty big job on their hands to convince major agencies. We all know for media agencies, this isn’t a priority for them. There is bigger money to be made in less transparent agency trading desks. Lots of those agency operations get better returns on things other than just adding another 5% in search.

“For us, we’re very tech-savvy and programmatic in the way we buy media. We will stick with those channels because we can do it very efficiently with our technology."

This article first appeared in the 5 April 2013 edition of AdNews, in print and on iPad. Click here to subscribe for more news, features and opinion.

Have something to say? Send us your comments using the form below or contact the writer at paulmcyintyre@yaffa.com.au