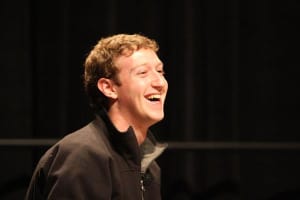 Facebook has bought virtual reality firm Oculus VR, Inc. for $2 billion. It could signal the start of an arms race as the social media big guns draw out the battle lines on wearable tech.

The deal includes $400 million in cash and 23.1 million shares of Facebook common stock (valued at $1.6 billion based on the average closing price of the 20 trading days preceding March 21, 2014 of $69.35 per share). The agreement also provides for an additional $300 million earn-out in cash and stock based on the achievement of certain milestones.

"Mobile is the platform of today, and now we’re also getting ready for the platforms of tomorrow," said Facebook founder and CEO, Mark Zuckerberg. "Oculus has the chance to create the most social platform ever, and change the way we work, play and communicate."

Oculus has already received more than 75,000 orders for development kits for the company's virtual reality headset, the Oculus Rift.

"We are excited to work with Mark and the Facebook team to deliver the very best virtual reality platform in the world," said Brendan Iribe, co-founder and CEO of Oculus VR. "We believe virtual reality will be heavily defined by social experiences that connect people in magical, new ways. It is a transformative and disruptive technology, that enables the world to experience the impossible, and it's only just the beginning."

The transaction is expected to close in the second quarter of 2014.

"Our mission is to make the world more open and connected. For the past few years, this has mostly meant building mobile apps that help you share with the people you care about. We have a lot more to do on mobile, but at this point we feel we're in a position where we can start focusing on what platforms will come next to enable even more useful, entertaining and personal experiences.

"This is where Oculus comes in. They build virtual reality technology, like the Oculus Rift headset. When you put it on, you enter a completely immersive computer-generated environment, like a game or a movie scene or a place far away. The incredible thing about the technology is that you feel like you're actually present in another place with other people. People who try it say it's different from anything they've ever experienced in their lives.

"Oculus's mission is to enable you to experience the impossible. Their technology opens up the possibility of completely new kinds of experiences.

"Immersive gaming will be the first, and Oculus already has big plans here that won't be changing and we hope to accelerate. The Rift is highly anticipated by the gaming community, and there's a lot of interest from developers in building for this platform. We're going to focus on helping Oculus build out their product and develop partnerships to support more games. Oculus will continue operating independently within Facebook to achieve this.

"But this is just the start. After games, we're going to make Oculus a platform for many other experiences. Imagine enjoying a court side seat at a game, studying in a classroom of students and teachers all over the world or consulting with a doctor face-to-face -- just by putting on goggles in your home.

"This is really a new communication platform. By feeling truly present, you can share unbounded spaces and experiences with the people in your life. Imagine sharing not just moments with your friends online, but entire experiences and adventures.

"These are just some of the potential uses. By working with developers and partners across the industry, together we can build many more. One day, we believe this kind of immersive, augmented reality will become a part of daily life for billions of people.

"Virtual reality was once the dream of science fiction. But the internet was also once a dream, and so were computers and smartphones. The future is coming and we have a chance to build it together. I can't wait to start working with the whole team at Oculus to bring this future to the world, and to unlock new worlds for all of us."