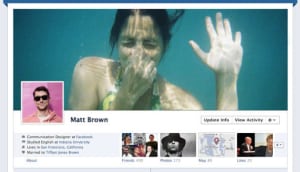 As Facebook's shares continue to nosedive after its initial public offering (IPO) last week, US media commentator Michael Wolff has launched a less than positive tirade saying the company could bring down the entire ad-supported internet.

Local digital experts have not been as negative, but a piece written by Michael Wolff, former editor of AdWeek, has claimed the lack of any sustainable commercial model beyond selling advertising will lead to the fall of the giant, which will bring the rest of the ad-supported internet with it.

“Facebook is not only on course to go bust,” Wolff said, “but it will take the rest of the ad-supported web with it.”

In a nutshell, Wolff has argued that unless Facebook comes up with a grand, Google-esque idea that will move its commercial model beyond selling ads and “make the company worth its sticker price”, it cannot sustain itself. With online ad rates constantly falling, Wolff said Facebook has had to sell “at near hyperspeed” to keep up.

“I don't know anyone in the ad-Web business who isn't engaged in a relentless, demoralizing, no-exit olperation to realign costs with falling per-user revenues, or who isn't manically inflating traffic to compensate for ever-lower per-user value ...

“To meet expectations - the expectations that took it public at $100 billion, the ever-more-vigilant expectations needed to sustain it at that price - it has to sell at near hyperspeed … In its Herculean efforts to maintain its overall growth, Facebook will continue to lower its per-user revenues, which, given its vast inventory, will force the rest of the ad-driven web to lower its costs … The crash will come. And Facebook - that putative transformer of worlds, which is, in reality, only an ad-driven site - will fall with everybody else.”

However, local digital experts have not reacted as strongly. MediaCom's head of innovation and technology Nic Hodges has argued Facebook certainly faces a challenge when it comes to its advertising model, but said Wolff's arguments might be too strong.

“Facebook faces challenges when it comes to its advertising model,” Hodges said. “The company certainly has issues when it comes to figuring out how to monetise its audience. But will it bring the whole online ad world with it? No. This is for the simple reason that Facebook's ad offering doesn't realy look like anything else in the market, so it doesn't make sense to draw a correlation.

“Facebook is in its infancy. It is just now pushing into mobile, it is yet to exploit search and catch-up TV. The company will be able to find other revenue streams. After the IPO, the share price may be falling, but it is still refining its product.

“Off the back of the IPO, you will probably start seeing the company improve its ad product, because it will have to show improvement and development to its investors.

“Display ads are on the way down, but more competition will always drive down costs. It's economics. But, you will also see an improvement in different products, which will bring more revenue.”

Maxus chief executive and MFA digital chairman David Gaines also said Facebook will have some issues with creating a viable commercial platform. “If a platform has good exposure, like Facebook, it does not necessarily mean it's a good ad platform. The company has been over-valued in its IPO.”

Facebook rolled out its initial public offering (IPO) last Friday (18 May). The company's share price has been in a nosedive since the beginning of the week. The stocks have sunk 18% from the US$38 IPO price, to US$30.98.