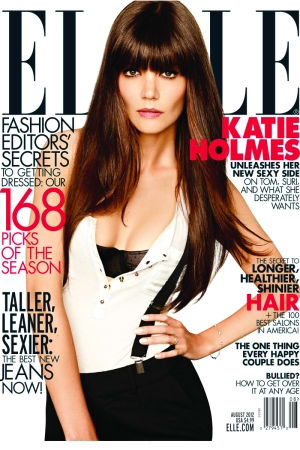 ACP Magazines will launch an Australian edition of Elle magazine next year after plans to launch the title this year alongside Women’s Fitness were postponed.

Elle’s Australian launch was announced in November by then-managing director Phil Scott, only for it to be pushed back in March to an unconfirmed date.

Some industry pundits questioned whether it had been shelved permanently.

However, ACP head of sales Louise Barrett told AdNews: “Elle is absolutely coming next year. Without doubt.” In regard to the delay, Barrett said ACP decided to take “more time” after Matt Stanton took over Scott’s role earlier this year.

“You can’t release a magazine of Elle’s calibre on a small scale because it is the largest fashion magazine in the world,” Barrett said. “It’s a massive brand, not just in the sense of a magazine brand, but also digitally and with licensed product. No one sells as much licensed product as the Elle brand does. The launch has to be done properly. You can’t rush it.”

ACP publishing director Gerry Reynolds said the launch was never put on hold. “Elle has always been rolling along,” he said. “Elle’s reach proves the inherent strength of the validity of the brand out of the page. There’s been a tendency in mag-land the past few years to sit back and moan about things rather than be on the front foot.”

Barrett agreed: “As the market leader, ACP has to adopt that position. That’s what we’ve tried to do in launching brands and new technologies and being first to market. Women’s Fitness launches in September. How much can you do in a year?”