Discounting: Can the pants be pulled back up or are agencies all too exposed? 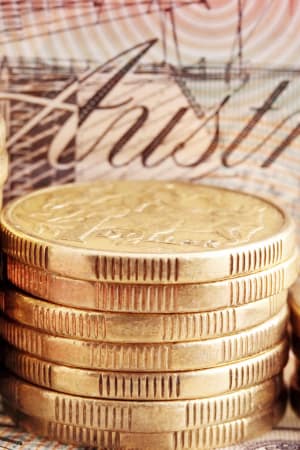 While the industry likes to talk about reversing the race to the bottom, it appears to be accelerating. Everyone talks about moving away from a commoditised agency model, but the fact is that some agencies are dropping their pants. But with talk spreading about a 92% discount recently being promised, the question must be asked: Has it gone too far? Can the pants be pulled back up again, or are some agencies simply too exposed?

Rumour has it a media agency offered an “unheard of” 92% discount on television rates in order to win a recent pitch. Is the race to the bottom accelerating as the agency model comes under pressure and brands turn the screw?

One source said: “It's the lowest discount I've ever seen, it's just unheard of.”

The problem is that after offering such a deal, the agency has to deliver. And it looks like the media owners don't want to play ball.

One agency source, who wished to remain unnamed, told AdNews: “The problem is, now they have to deliver this discount. Usually, when you offer a discount to win business, you go to the media owner and it's a case of give a little, get a little. They give you the discount, but then you don't push them as hard on another client.

“But what do you do when all of your clients have massive discounts? You can't promise every client something ridiculous, because then you've got nothing left to give in return, you have nothing left to offer the media owners.”

The practise of discounting to win business is as old as the business. But it seems to be reaching new lows, if agency chatter can be believed. “This isn't something occurring on a blanket basis, it's not everyone,” claimed the source. However, he admitted that the problem has been particularly pronounced of late. “The degree of promises has become more extreme.”

Another senior media agency source said: “It used to be that a discount was offered purely on a client's volume. But now agencies are offering whatever they think will win them business, and then they are trying to pass these crazy rates on to the media owners, 70% rates and even much higher.

“Media owners need to tell agencies 'No'. Clients need to be re-educated that discounts are based on volume. At the moment they are just being promised random numbers, and lots of the time agencies cannot deliver, and the client doesn't get what it wanted.”

In other words, nobody wins. “It's a terrible spiral,” said the media agency source. “You watch what happens in the next couple of years. This is unsustainable. The media owners are running at a loss, and this can't last. Prices will go up, and I think you'll see agencies going out of business. You just can't sustain on these margins.

“Hopefully the bottom feeders will get their just desserts.”