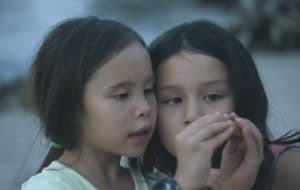 Customer-owned bank and relative banking minnow CUA is taking on the big four. It claims that they are masking the lack of competition in the market through sub-brands that people don’t even realise are part of bigger banking entities.

The big banks and their respective brands hold close to 90% of the market, said Jason Murray, CUA general manager of products and marketing. But he said that, for example, most customers don’t even realise that Westpac owns Bank of Melbourne, Bank of South Australia and St George, which raises questions over the lack of competition in the market. There is currently a financial services enquiry going on to review the market.

CUA has around 400,000 customers and around $10 billion in assets which makes it the biggest mutually owned bank in the country.

Murray told AdNews mutual ownership is probably weaker than it has been in the past in Australia. Traditionally banking is expensive but there is an appetite for value at the moment and that is what creates the opportunity for CUA.

“The big four banks are incredibly large and they have many brands. There’s a massive opportunity to be the challenging competitive force here because of the lack of competition, when the majority of the banking sector is being provided by four entities. We see ourselves as a credible alternative today and we’ll only get more credible and grow as we get awareness up,” he said.

“When a customer is out there in the market – are they understanding that behind all these brands is Westpac [for example] and they are using these brands as levers in a brand positioning that is ultimately skewed to their corporate objectives - which is to make money for their shareholders. CUA is s very different proposition. There’s an opportunity there. We’ve got decks of research that screams this out.”

CUA’s new positioning is based around the fact that nine out of 10 Australians have to make financial sacrifices to afford the bigger things like mortgages. CUA’s claims because it doesn’t have to deliver profits to shareholders it can offer customers better rates, so that people don't have to chose between everyday niceties and the bigger things. Murray claims it can return thousands of dollars in savings to customers that switch to CUA’s banking products.

“They [make sacrifices] because they are stuck with a major bank that is there to make money for shareholders … That’s fundamentally what our message is about – our customers being able to afford to have life enriching moments as well as progress their dreams of paying off the mortgage.”

The bank, which revealed a new brand positioning earlier this month as part of a renewed effort to grow its customer numbers, will run a series of campaigns throughout the year to raise the profile of the brand and the mutuals model it operates.

“It’s not just a branding exercise. This is a genuine realignment of our strategy and culture and the marketing will promote it,” said Murray.

It started investing in overhauling its banking services in the last two years to improve its core capabilities so that it could offer new products and services to customers that challenge the major players and has invested in a significant training programme for its staff that will continue throughout the year to change the way the bank is perceived both internally and externally.