Coke tackles the elephant in the room 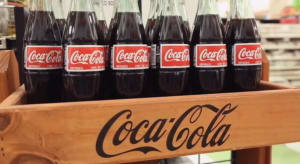 Coke weighs in on the obesity debate.

Soft-drink manufacturer Coca-Cola in the US has released an ad directly addressing the issue of obesity for the first time.

With more than one third of US adults classified as obese, the soft-drink industry has long drawn the ire of health professionals and anti-obesity campaigners.

The new two-minute spot, 'Coming Together', outlines the company's efforts to tackle the issue, but also advocates personal responsibility and common sense.

"Beating obesity will take action by all of us, based on one simple common-sense fact: all calories count, no matter where they come from, including Coca-Cola and everything else with calories," the narrator says. "And if you eat and drink more calories than you burn off, you'll gain weight."

It claims over the past 15 years, average calories per serving in its US products have been reduced by 22%, while calories in its beverages offered in schools have been cut by 90% through the removal of high-calorie options.

The ad also outlines a number of changes – which have already been rolled out in Australia – such as moving nutrition information to the front of the label, and the introduction of smaller, portion-controlled sizes for its popular products.

According to the World Health Organization, around 67% of Australian adults are overweight while just over 20% are classified as obese.

A Coca-Cola spokesperson told AdNews: "In Australia we are currently evaluating the US campaign ‘Coming Together’ and its relevance for the local market.

"Coca-Cola South Pacific is committed to supporting and promoting a healthy and balanced lifestyle. We have a number of programs and initiatives in place, both in Australia and globally, aimed at combating the issue of obesity."

The 'Coming Together' spot was created by Brighthouse and Citizen2.