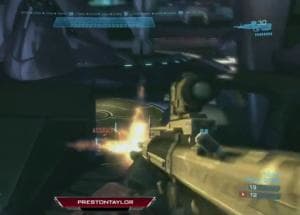 CBS Interactive, publisher of GameSpot, has announced partnerships with Twitch TV and Major League Gaming, which will see the company exclusively selling advertising and sponsorships.

Twitch TV is one of the leading video game broadcast networks in the world while Major League Gaming (MLG) is the most prominent league for professional gamers.

The deal will see CBS Interactive exclusively sell advertising, promotions and sponsorship globally on Twitch TV and for the MLG circuit. It will also act as the exclusive online broadcaster of the MLG Pro Circuit. Currently Australia accounts for more than 2.2 million video streams on Twitch TV per month, while Australians are also watching over 1.5 million streams of MLG competition.

“These partnerships position CBS Interactive at the forefront of the hottest trends in gaming video and eSports in Australia and around the world,” said Randolph Ramsay, regional site manager APAC, GameSpot. “With these partnerships, CBS Interactive now represents the biggest audience in live gaming and is able to offer our advertising partners a unique mix of trusted, premium content along with the huge engagement and audience that the eSports scene is commanding right now.”

Sundance DiGiovanni, CEO and co-founder of the ML, said: "Major League Gaming’s live audience is growing in popularity to rival some of the most popular traditional sporting events with a highly engaged fan base worldwide. Leveraging the reach of CBS Interactive, we will now be able to create a premiere eSports destination for current and future fans alike, while providing some of the most powerful brands an opportunity to reach this coveted, passionate audience."

CBS Interactive in Australia has confirmed the local sales team will be selling inventory across Twitch TV and the MLG as well as the current properties which include GameSpot AU and CNet AU among others. In a statement to AdNews a spokesperson said, “We're still working out the exact packaging, but we have the ability to sell both standard ad units and video/pre-roll placements for all TwitchTV and MLG Australian inventory - we have exclusive access to this inventory which is big news for our local team.”

Each month CBS Interactive serves up more than 3 billion minutes of video. Viewers of eSports are some of the most dedicated in the world, watching for an average of 23 minutes each session.

Have something to say? Send us your comments using the form below or contact the writer at damianfrancis@yaffa.com.au