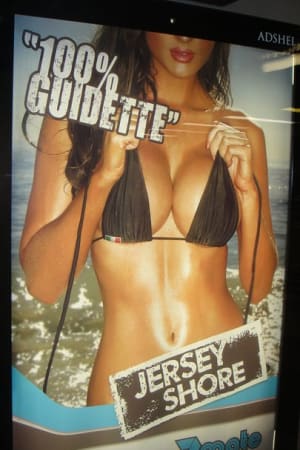 A photo of the ad was posted on the Facebook page of activist group Collective Shout.

Channel Seven has been found guilty of breaching advertising standards with an ad for its Jersey Shore program, which the ASB claims sexualised and objectified women for its depiction of large breasts.

The advertisement featured a large breasted woman’s torso, with the woman holding her bikini by the strings and the caption “100% guidette”. The ad featured on outdoor sites.

"The Board noted that the advertisement appears in bus shelters and has a broad audience which includes children and that in this context noting the size of the advertisement, the unavoidable focus for the viewing audience is the woman’s breasts. The Board considered that this level of nudity is confronting in the context."

However, Channel Seven said it was disappointed with the ruling, because it claimed the ad was no worse than other advertisements is has rolled out.