Are Aussie ads a whitewash? 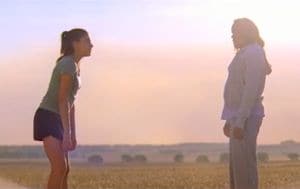 Coles is one of the few advertisers to star Aboriginal people.

More than three quarters of the faces in Australian ads are white, suggesting a disconnect between what adverting shows and the reality of multicultural Australia. Brands are risking alienating audiences and missing out on opportunities to engage the broader population. That's the finding of advertising research firm Ebiquity

The company found that 76% of the people who starred in TV ads aired between May and September were white. The next largest group who appear in ads are Asian, at 9% of the total. African people made up 5% of the total and Indian people 3%.

Middle Eastern, Latino and Pacific Islander people appear in just 2% of ads and Aboriginal people in less than 1%.

The company said the findings suggest that advertisers are failing to reflect the diversity of Australian culture, although Ebiquity was unable to compare the data directly with national statistics about the population demographics.

According to 2011 Census data, 69.8% of the population was born in Australia, although 34.3% of the population had both parents born overseas. Ascertaining ethnicity and therefore whether advertising is reflective of it is more difficult.

If you take the premise that consumers are more likely to engage with a brand or buy a product after seeing ads that they feel reflect them, brands are missing the opportunity to connect with potential customers by failing to appeal to non-white Austraklians, said Aaron Rigby, insight director at Ebiquity Asia Pacific.

Coles is one of the few advertisers to include Aboriginal people in its advertising, including Cathy Freeman and AFL and NRL stars.

Coles, Medibank, Holden and McDonald's are among the brands with the most diverse cast in adverts.

Automotive, insurance and supermarket categories have the most diversity in advertising.

Rigby said: “With so many non caucasian peoples migrating to Australia over the past century, we have generations of Australians today who do not identify with the "White Australian" stereotype featured in over three quarters of television commercials. The implications of ignoring this changing melting pot of cultural backgrounds in our population is that many advertisers risking alienating their multi cultural audience with TV commercial talent that simply doesn't resonate with their Australian identity."

“Tracking and analysing ethnicity in television advertising can be a sensitive issue for advertisers and agencies, however, as our findings suggest, advertisers need to encourage greater diversity in casting to ensure their messaging resonates across our multicultural society."

The research also found that when people from other ethnic backgrounds are featured in ads, it is often to reflect the product rather than diversity. For instance adverts for Mission Foods and Old El Paso Mexican food ranges star latino people.

Channel Nine had the greatest representation of caucasian people in ads at 79% of the total. Ads on SBS1 showed the most diversity with 65% of total being white. Ads that aired on the station featured more aboriginal people and people from other ethic groups than any other TV network.