All media will be bought programmatically: TubeMogul CEO 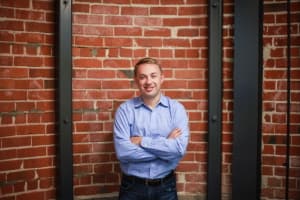 “It is inconceivable that all media won't be bought programmatically. It might not be traded through an exchange but will be be able to buy all media through software like we buy our stocks through e-trade? Yes, absolutely.”

But it's moving so fast there is a need to keep people on the same page – publishers, advertisers and agencies. For the latter, what started out as small programmatic units within the holding group are expanding across the entire agency, said Wilson. Media buyers have become sophisticated investors.

“They are investing in media and seeking a return. Agencies are hiring people with economics and computer sciences degrees. They can buy more media at less cost because they don't have to pay for the mark-ups in the competitive RFP process and buying programmatically makes them more effective, because they are shifting the buy around in real time.”

The end result, he said, is better for brands.

But what about the publishers? On the one had they can streamline their sales processes and create ad networks tailored to their target audiences. But on the other, there's a new measurement system in town (chiefly, Nielsen's OCR). There is some concern about in-target pain and, where OCR has been established for longer, such as in the UK and the US, publishers have struggled, said Wilson.

“They are having to deliver 30%-40% more impressions just to deliver what advertisers previously thought they were buying.”

While it is conceivable that industry will get to 100% in target, there needs to be some understanding around the concept of digital wastage, he said. “We don't want a world where publishers can't sell any of their impressions because they are not in target.”

TubeMogul, and some of its competitors, are introducing tools to help publishers improve in target impressions now that a brighter light is being shone on digital video advertising. Brands will be able to see what gets best results and shift budgets accordingly.

But there is one thing that the firm is keen to ram home. Publishers can make big bucks from premium video, according to TubeMogul's local head of operations, Stephen Hunt. "Publishers should be embracing the shift - in display they are seeing a decline in CPMs and therefore revenue. Whereas in video, the return is only increasing for them, so it is a great win-win for everybody."

For agencies it is also a massive opportunity, said Wilson. Marketing teams are typically small and need all the help they can get. While agencies of all sizes have a role to play, it has “never been a better time to be a smaller agency”.

“What used to require lots of bodies can be automated, so across the world we are seeing smaller agencies take business from the bigger guys.”