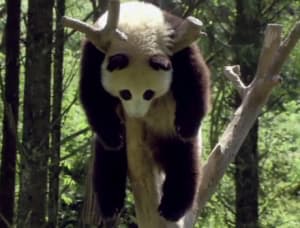 Alcohol brands have stood up for the industry's approach to responsible advertising after marketing and promotional activity has been called into question again in the debate surrounding alcohol misuse.

The Australian Medical Association has called for government to hold a national summit bringing together stakeholders from all communities across Australia to come up with measures to to curb the damaging effects of binge drinking, but brands say they already act responsibly.

The AMA president, Dr Steve Hambleton, claimed yesterday (23 January) there is “strong evidence that the more young people are exposed to alcohol advertising, the earlier they start drinking, the more they drink, and the more alcohol-related harm they experience.”

The industry braodly refutes that advertising and marketing drive underage drinking and questions the need for a further inquiry when an existing review begun in 2012 is underway by the Australian National Preventative Health Agency (ANPHA).

Jose Cuervo international managing director Peter Gutierrez told AdNews that responsible drinking is engrained into its marketing practices and across the industry. He said it's important that brands communicate the message of responsibility in a tone of voice that's in line with their brand, not by adopting a regulatory that in stark contrast to the brand. That he says, won't be effective.

The brand’s #PartyAnimals campaign which launched in Australia and South Africa last October demonstrates this, he says, and has a responsible drinking message “sewn in”.

“It's not something that stands aside from our marketing communications, its sewn in because it needs to be in the same tone of voice – otherwise it's like Tom Cruise with his rubber masks in Mission Impossible – you're being the fun brand and and a bit naughty, then putting a serious suit on and saying 'we're a serious company drink responsibility'. No. It has to be done in the same tone and the party animals campaign does that,” said Gutierrez.

The industry funds the Drinkwise public health campaign with brewers and distillers including CUB, Diageo and Pernod Ricard all pushing a responsibility message through brand campaigns as well as the Drinkwise platform.

Ailish Hanley, head of corporate relations for Diageo Australia said: "We question whether we need another inquiry into alcohol advertising when an inquiry is already underway. Responsible alcohol marketing has a legitimate and important role to play in building brand equity as well as enabling and supporting consumer choice and promoting healthy market competition. We apply our own Diageo global code of marketing as well as the industry (ABAC) code to all our brand marketing to ensure it only promotes moderate and responsible consumption of alcohol to a targeted adult audience.

"The facts do not support claims that alcohol advertising causes or contributes to irresponsible or underage drinking. Other factors, such a parental and peer influences are more likely to shape attitudes and drinking patterns in young people."

The calls come as the New South Wales government introduces new laws addressing booze related violence in Sydney and follows a similar call from the Australian Greens earlier this year for a Senate Inquiry into alcohol.