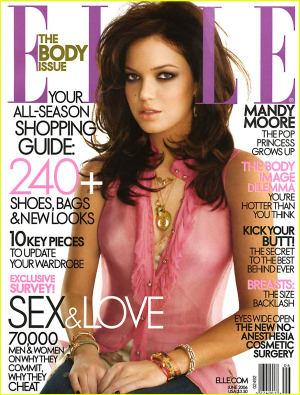 Elle will launch in autumn 2012 and is part of ACP Magazines joint venture with Hearst Magazines International. The joint venture currently publishes titles including Cosmopolitan, Harper's Bazaar, Madison and Grazia.

Elle was previously published by Hachette/Pacific Magazines however closed its operations in March 2002.

ACP Magazines managing director Phil Scott said: “It's a natural progression for us to partner with Hearst to launch Elle in Australia. Elle is a magazine brand that is right for our times – for readers and advertisers. It uniquely  covers women's fashion, beauty, health, lifestyle and entertainment from an inspirational and achievable perspective. Its mixed and balanced content is accessible from both a global and local perspective.

“In addition to the printed magazine, the Elle brand will be launched across multiple platforms inclusive of events, website, applications and mobile.”

Hearst Magazines CEO president Duncan Edwards said: “Hearst is already the publisher of Elle in 14 markets and we are delighted that Australia will be added to this list. Our team is the best in the business and will bring a fantastic edition of Elle to the readers and advertisers in the Australian market.”

Adding to its fitness category, the Australian version of Women's Fitness will target women aged 25+. The title is currently published in the UK by Dennis Publishing.

Scott said: “Women's Fitness delivers a rich offering for young women with a strong interest in physical fitness. It is the perfect complement to ACP's Good Health magazine which offers more holistic wellness information to women 35+.”

The launch of the two new titles comes after the ABC circulation and Roy Morgan readership results show a dreary outlook for ACP weeklies. Also Nine Entertainment Co has written down the value of ACP Magazines warning that it may have to sell its assets.

Have something to say? Send us your comments using the form below or contact the writer at erinsmith@yaffa.com.au