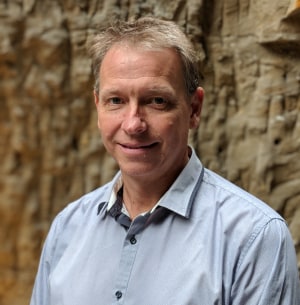 I read with interest Jon Skinner’s Confessions of an agency founder: I installed an ad blocker in AdNews recently and agree with many of his UX concerns.

However, I think this is more than a UX challenge. Brand building has taken a back seat for advertisers in the digital age and the chase for cheap eyeballs. ‘Buy me now’ advertising has created an underlying structural challenge for publishers who can’t resolve this issue alone.

But there is an additional ‘most important’ point to consider here – those marketers have also forgotten about their brands in their race and chase for the ‘instant gratification’ of a click, engagement or similar readily available metric.

Building strong brands underpins long-term growth. Kantar Millward Brown’s BrandZ research found that of the top 100 Global Brands in 2017, those with a clearly defined purpose grew in value three times faster than those with less clarity.

I agree we should “prioritise quality single-minded thinking over innumerable messages and adaptions”. The benefit of a single-minded purpose is clear in its role for driving brand value, but this is critical at a campaign level as well.

Kantar Millward Brown’s AdReaction findings prove campaigns with a strong central idea perform 64% better overall on key brand KPIs. Marketers starting with a cohesive and compelling central idea are setting themselves up for success across all their advertising platforms.

However, I’d recommend a little care around the “innumerable message and adaptations” comment. A central idea should limit the number of messages, however adaptation across channels and formats is critical to increase campaign impact, that means going beyond simply taking the same video across TV and digital formats – understanding how the content will be consumed and adapting to the right platform and the right media also helps to increase impact. Campaigns that are integrated and customised to the channel and platform perform 10-15 per cent better than campaigns that have integrated ideas but are not customised.

There is a much more positive perception of ad formats that give the user back their control. Jon discusses user control saying, “if there were less interruptions and clutter on the page and website owners exercised quality control on relevancy and the creative, the balance could be restored”. The onus must be on the creative agencies and advertisers to engage their audience quickly to draw them in to interact more with the brand to be successful, for example, allowing them to skip an ad or click-to-play.

On the other hand, intrusive formats score high net negative among consumers. For example, mobile app pop-ups (-34% favourable) and pre-rolls (-32%); while social auto-play, view-to-play and in-banner auto-play are also highly unpopular. So, the key outtake is that you must create relevant and engaging content that consumers can choose to engage with further if they wish to yield the best results for your brands.

There is also a lot at play when it comes to tackling user dissatisfaction. It’s important to realise that the blame can’t all be placed on digital media owners. They have been forced to look for additional ways to ‘monetise’ their sites because there’s a race to the bottom in terms of pricing digital advertising inventory.

This is driven by the treatment of every impression as simply an eyeball (programmatic ads) with no value being placed on the context in which the ad appears; for example, the quality of content surrounding the ad, number of ads on the page, or even whether the ad is in view or not.

The only way for publishers to monetise is to place more ad units on the page and for this to really change going forward and less ads to appear on pages, advertisers and agencies need to accept that the cost per impression for more impactful and scarcer ad units must increase significantly.

As an industry, it’s imperative we also invest in better measurement that recognises the longer-term attitudinal and mindset change that exposure to and engagement with the advertising generates – this is what is driving long term brand value.

This approach can in fact help improve your overall campaign effectiveness by as much as 57%, allowing your brand more impact from your investment – and may just win you back some of that blocked 25% of Australian eyeballs.