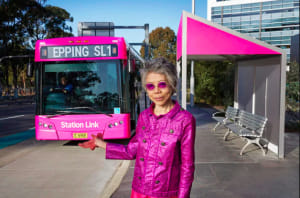 Lee Lin Chin fronted a campaign for Transport for NSW

Transport for NSW is reviewing its creative agencies, AdNews can reveal.

AdNews understands that a select few creative agencies were invited to pitch for the road safety part of the account.

While figures and exact scope have not been revealed, it's thought that with plans to shrink the current roster, the win is set to be a lucrative one and could open the doors to further government business.

“As a competitive tender process is under way, no further comment can be made at this time.”

The process is not thought to include the media buying and planning slice of the business which was reviewed two years ago. In October 2017 the NSW government restructure saw WPP AUNZ win business for a three-year contract, with some responsibilities extended to a roster of agencies including incumbent UM, OMD, Havas Media and Atomic 212.

While the NSW Government has an extensive list of advertising and digital services businesses listed as approved partners, only a selection actually work currently on Transport for NSW, such as Isobar, Emotive and Enigma.

In September last year Lee Lin Chin fronted a new campaign for Transport for NSW to educate Australians on the changes coming to Sydney transport.

The campaign, by Emotive, informed people of Sydney’s Northwest about closures to their train line and replacement buses.