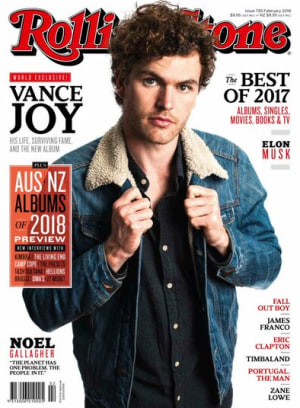 The Brag Media has secured the rights to publish Rolling Stone Australia.

The iconic magazine’s parent company Penske Media Corporation announced the revival of the local arm earlier this year as part of plans for global expansion.

Rolling Stone Australia was shut in January 2018 after its publisher at the time, Paper Riot, went into administration.

The Brag Media’s team of 20 will work on the magazine, with editor Tyler Jenke and managing editor Poppy Reid also drawing on freelance writers for content.

“Rolling Stone is the most iconic music brand of all time and has meant so much to music, entertainment, and politics for over 50 years,” says The Brag Media CEO Luke Girgis.

“We are extremely privileged to have it join The Brag Media family,” said Girgis.

The Brag Media, which also published Tone Deaf, The Brag and The Industry Observer, will launch an Australian vertical on RollingStone.com.

“This new partnership in Australia, where Rolling Stone has a rich history, allows us to give readers in this important market access to the brand’s unparalleled editorial content and world-class live events,” says Gus Wenner, President and COO of Rolling Stone.