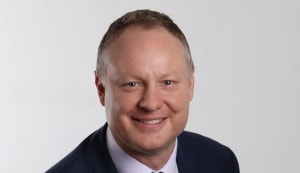 SBS has appointed James Taylor as the new managing director.

Taylor, who has been acting managing director since 2 October, replaces Michael Ebeid who left after more than seven years in the role.

He has also previously served as the chief finance officer for more than five years at the broadcaster.

“Not only does James have a comprehensive and innate knowledge of SBS and its operations, he has developed a significant level of trust and rapport with its board, the executive team and employees throughout the organisation over the years,” Dellal says.

Taylor has worked in the media and telecommunications industry for more than 18 years with roles at Deloitte Australia, BT and ABC.

“With the continually changing face of modern Australia, and in a landscape of polarised views and debate, the value of an independent and trusted public broadcaster committed to helping Australians understand each other better, has never been more important," Taylor says.

He will begin his five year term as managing director on Monday.