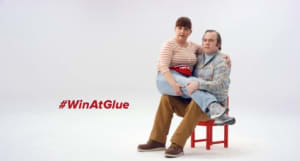 Just 24 hours on from the biggest advertising game on the calendar, and the debate over which ads flopped and which ones landed is raging like a Seahawks fan.

Many observers thought this year's line up was rather light on genius ideas and buzz-worthy japes, but there were still nuggets of gold to be dug out.

We've selected some of our favourites, but which ones tickled your fancy? Click here to vote, or let us know in the comments below.

While Liam Neeson may not have a particular set of skills in this ad, Clash of Clans pulls the old switcheroo on your expectations.

You're expecting just another animated ad for some generic freemium game, but all of a sudden, angry Neeson.

The little brand that could?

There's been a spate of advertisers that have given money to Tim and Eric lately, and it feels like this is one of those times. But no, the ad is simply oddball. For a small brand blowing most if not all of its marketing budget on a 30 second blitz, they'd want to make sure they got our attention.

Subverting expectations and flipping gender stereotypes is the order of the day, and while the campaign is about seven months old it's still as relevent today as it was then.

This campaign hits the nail on the head, and asks when doing something “like a girl” became an insult.

A powerful piece of branding from Always.

A good ad is supposed to surprise and delight, and while we're not entirely sure people were delighted when their cable started to go out, they sure were surprised by this ad.

What's so great about the ad is that it genuinely makes you sit up and take notice, and this ad does just that.

Yes, it's basically a repeat on last year's ad but when you're onto a winner why change?

Yet again this has been the most shared ad of the Super Bowl. It turns out that consumers aren't so complicated after all. Just project human emotions onto a cute puppy and hey presto!

The ad works. Does that make it a good ad?

The concept is stale as week-old bread, but the inclusion of notorious tough-guy Danny Trejo as Marcia Brady is completely on point.

Playing off Pierce Brosnan's reputation for big-budget hijinks, even the name of the ad is clever.

Through the Brosnan lens, “the perfect getaway” may mean a getaway from danger, but in the context of the ad it simply means getting away from the EXPLOSIVE DANGER of a dreary life.

There were two sobering ads presented during the Super Bowl, one from Nationwide and one from nomore.org.

At first you think a person making a call to 911 to order a pizza is frivolous, but then as the ad unfolds you begin to realise why the person is making the call.

It's understated but powerful.

You don't often see the elderly in sports car ads, and when you do it's more often than not making fun of the old people for being old rather than empowering them.

So to see an ad which celebrates the wisdom of age and puts that against the carpe diem attitude of Dodge is wonderful, and it's well-executed too.

Bud Light – Up for Whatever VOTE NOW

How do you top table tennis with Arnold Schwarzenegger? You play a giant game of Pac-Man, if you're Bud Light.

It continues on the theme from last year's successful campaign with another “outrageous” stunt. It got people talking, but we can't help thinking of last year's effort.

To let us know which was your favourite, vote in our handy-dandy poll here.

If we've missed out on your favourite, let us know in the comments below.