PwC: There is no hurdle to media reform now Turnbull is PM 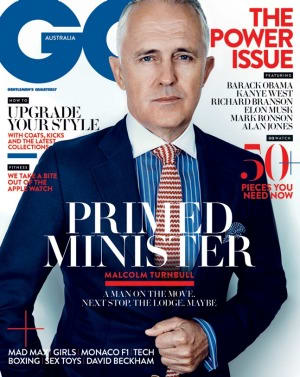 There are no barriers to media reform now that Malcolm Turnbull has unseated Tony Abbott as Prime Minister, according to some parties.

The former Communications Minister was a strong proponent for media reform, but while some media observers are adamant that there is a good chance the changes the industry is clamouring for will become a reality sooner rather than later, others are not convinced.

Megan Brownlow, PwC's executive diretcor of media, who spoke on media reform at the Astra conference last week, told AdNews this morning that there are “no hurdles” for reform now.

“I can't see why he wouldn’t do it, because he could also get stung by criticisms of inaction [if he doesn't].

Turnbull was the deputy chair of the Parliamentary Committee into media reform in 2013 that strongly recommended reform – particularly the dismantling of the 75% reach rule.

“It never happened because Tony Abbott said he didn't want to pick 'unnecessary battles'. Turnbull, in that committee, put forward that the reach rule was particularly anachronistic in the age of the internet. There are no blockages [to media reform] now with the removal of Abbott,” she added.

The industry has been debating media reform for years with some media owners vocally lobbying government on issues around reforms that are slammed as outdated and out of touch. Reforms, say media owners would allow translational media to compete on an equal footing with new entrants such as Google and Netflix which don't fall under such jurisdiction.

In particular, the reach rule, which prevents any commercial media company having coverage beyond 75% of Australia and the ownership cap which prevents media owners from owning more than two of the three traditional media channels – radio, TV and print, have been hot topics.

The Abbott Government effectively closed down policy conversations around media reform in June, but with Turnbull in charge, there are hopes that it will be back on the table.

Communications Minister two years ago. In his view, the media ownership laws remain in a “pre-internet era” despite “absolute revolution in the way in which content is delivered”, which has meant that while the industry has transformed, laws haven't transformed with it.

Primarily, Turnbull is sympathetic to the “two out of three” rule which means a company cannot control more than two out of three media platforms – commercial radio, TV or newspaper. He also has opinions on the audience reach rule that prevent any single TV network reaching more than 75% of the population.

However when Turnbull proposed changes to the restrictions earlier this year, his views caused a rift in the media landscape with Rupert Murdoch and News Corp suggesting the policy was designed to benefit certain media outlets over other. Core to this argument was the lack of change to the anti-siphoning list which guarantees free-to-air networks first rights to cover sporting events.

Other camps aren’t so sure that Turnbull's support for media reform whilst Communications Minister will make it any more likely that he'll push it through now he's PM.

One senior TV boss told AdNews today “It doesn't mean he doesn’t have the guts to do it, but there's ambiguity over whatever he will. Making a decision as PM with the pressures from other parties is very different to recommending a policy.”

Another reason Brownlow is so sure that Turnbull will drive media reform was that while Communication Minister, Turnbull set up the Bureau for Communications Research after finding that there was no good research behind communicators that could inform evidence based policy.

She describes the bureau as an “under the radar but high powered” body tasked with exploring and providing government with the research necessary to form strong, evidence-based policy. Its formation was based on existing research bureaus in the tourism and agriculture departments.

“Turnbull, under his role as communication minister, has previously pursued a reform agenda in relation to the existing regulatory framework (including legislation) covering the media sector in recent years. However, the reforms were scuttled due to "a lack of consensus" among media companies.

“We view media reform as challenging to achieve given the lack of political capital for MPs and structure of the Senate. Should the TV broadcasters reach consensus on a package of TV reforms these could proceed, but this looks unlikely. Thus, our base case there's no media reforms.”

Fusion Strategy managing director Steve Allen reckons that “not a lot” will change on media reform.

“We've been consistently saying this isn't a major priority for this government, there are many other and higher priorities to get this country moving, and one hopes that even though it's our media sector and we have glassy eyes on this sector, one hopes that under his leadership that he gets to the basics quickly. Media reform is not one of the basics, it's very much a secondary or tertiary item, it was debated from time to time and it was deferred,” he said this morning.

While a name for who will take on the Communications Minister post has yet to emerge, Brownlow believes it is an opportunity for Turnbull to bring in some diversity to the frontbench with a intelligent young women to step up.

“We know he needs to get more women, and he has good policy on women. When you think about diversity in the party it's an opportunity for an intelligent young women – and there are a number of them in the party,” she said.

Last week, former National party leader Tim Fischer backed a campaign for media reform to “protect” regional Australian voices. The Save Our Voices camapgin group this morning told AdNews it was "optimistic there will be sensible progress on the issue".

"Malcolm Turnbull is on the record as supporting the media reforms being sought by the regional broadcasters. We are optimistic there will be sensible progress on the issue given Mr Turnbull’s position and the momentum that is building for the changes among regional and rural backbenchers across party lines and among senators including independents who all recognise the merit and necessity of these reforms that have broad industry support," said a spokesperson from the group.

Turnbull is due to make the opening remarks at the upcoming National Radio Conference in the Gold Coast, as announced yesterday by Commerical Radio Australia, but when asked today if that would still go ahead, the CRA said "It's too early to say".