Opinion: Fraud, programmatic and viewables pre-rolled into one 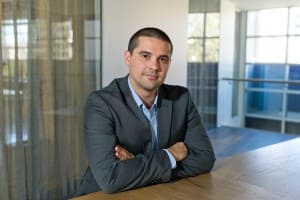 The boom in digital advertising is evident to all, but more than ever, brands want to know exactly where their money is going.

As the technology evolves, both on the demand and supply side, brands and agencies are rightly asking more questions about the platforms they are using. They know video is a powerful branding medium – but they want to know the real-time performance of their digital video campaigns, and whether the right audience is being accurately targeted.

Video is not a medium for pay, spray and pray. The accountability stakes are higher. Video ads are made to be seen, and the placement of the pre-roll video ad on a site is vital to its chances of shifting the perceptions of a viewer.

Brands and agency trading desks are telling us they want a clear view of where the campaigns are running, right down to the specific URL level, and they want to see value for their spend in terms of increased brand re-call and purchase intent. In short, they want tools that can measure how their ads are being viewed and perceived.

But ultimately, you can’t engage with an ad you can’t see. The paramount question we need to answer is: did my ad have an opportunity to be seen? It is now possible to measure whether the person your video ad was served to has tabbed away from the page while the ad is running, muted the sound or scrolled the player out of view.

Imagine if we could do that for other media. We would know who turned the volume down on their favourite radio station when the music was interrupted by a paid announcement, and how many people made a cup of tea while the ads came on their TV.

Viewability tools can make online video more accountable than any advertising medium in history. This is a powerful development for the industry since each publisher can be valued based on their ability to offer advertisers captive viewers.

As the idea of what constitutes good and bad quality inventory enters a state of flux, it will be up to buyers to determine the true value of each publisher. One significant benefit to using viewability tools is the ability to separate non-intention traffic or impression fraud from the marketing mix. Whether an ad placement is good quality or poor can be a subjective observation, but fraud is fraud.

We’ve all heard stories about fraud, which is estimated to be a US$375 million problem for the U.S. digital advertising market. The Australian experience appears to be much more contained, though it’s difficult to quantify. One thing is clear: this is a serious issue for the industry, but luckily it’s a risk that can be mitigated.

The key is having robust technology to eliminate unscrupulous players. Software platforms should have tools that let advertisers stop spending money on ads that do not get watched. Like the anti-virus software industry, those blocking tools need to continue to evolve and get better. They also need industry standards.

It’s been exciting to be a part of the local industry discussions where the majority of businesses that make up the online video space have united to eliminate fraudulent behaviour in the Australian market. The group has attracted executives across video platforms, agencies, ad networks and trading desks with the aim of tackling any fraud that exists in the market.

Only a market-wide approach will ever stand a chance of beating those that profit from creating fake pre-roll inventory.

Ultimately, the technology platform arms race will accelerate at pace as more agencies adopt programmatic tools to buy their digital video. But before we get too far ahead of ourselves, we need to start by applying the technologies that ensure at the very least, that every ad bought has an opportunity to be seen.