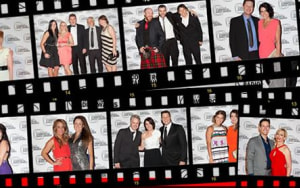 Radio broadcasters from Australia will celebrate three decades of the Australian Commercial Radio Awards (ACRAs) at the Melbourne Convention and Exhibition Centre on Saturday, 20 October. The ACRAs are a major highlight of the radio industry’s yearly calendar with the awards attracting the industry’s stars, personalities and media executives from around Australia. See here for more.

Ooh!Media has upped ad campaign reporting by integrating with cloud-based platform of the Seedooh. As a result, it says it can now give advertisers independent reporting of classic and dynamic campaigns on its road, retail and fly inventory. Ooh!Media CEO Brendon Cook says after significant resource support by oOh to assist Seedooh’s product development, it is now giving clients free access to the “independent and transparent tool” to supplement current reporting.
“With the revelations around serious mis-reporting by some within the online space, we recognised it was important to be at the pinnacle of transparency even before any questions were asked,” Cook says. The design and development of Seedooh included an initial phase in consultation with global out of home agencies and media owners, followed by a deep technical integration and “rigorous testing” with Ooh!Media. The company is now working towards integrating Seedooh across the 'Locate by Ooh!' portfolio, including to offer reporting on its office, university, cafe, gym and venue products from June this year.

The number of DAB+ digital radios in Australia climbed to 3.8 million in 2017, up 24% over the past 12 months, according to figures released by radio industry body Commercial Radio Australia.
The number of DAB+ portable and home radio receivers in market totalled 2.37 million at the end of the calendar year, with another 1.42 million in cars. CRA chief executive officer Joan Warner said the large increase in DAB+ devices was expected to continue in 2018, with digital radio now standard in 47% of all new vehicles being sold. Warner said 43% of listeners in the five major capitals of Sydney, Melbourne, Brisbane, Adelaide and Perth now have access to DAB+ digital radio at home, at work or in the car. Permanent digital radio services are being switched on in Canberra, Darwin and Hobart this year. Commercial radio broadcasters have also identified another 13 regional centres as priority markets for roll-out within the next five years, including Newcastle, Dubbo, Goulburn and Albury.

TEDxSydney has scooped St.George bank as principal partner to support its 2018 event. Taking place on 15 June at the ICC, Ooh!Media, H&R Block, The University of Sydney, AlphaSys and The Sydney Morning Herald are also backing the event. TedX says the partners will "act as the tinder to help ignite new and challenging ideas”. Creative PR agency Poem and social agency L&A Social have also been appointed by TEDxSydney as the PR partner and social media partner respectively.  As part of the event, one program provides the platform for 12 'Kick Start' finalists in two separate categories –entrepreneurs with a ‘new business idea’ or business owners with a ‘new idea for their businesses’ – to pitch their ideas in 60 seconds at TEDxSydney, with four recipients to share$100,000 to set them up for future success.