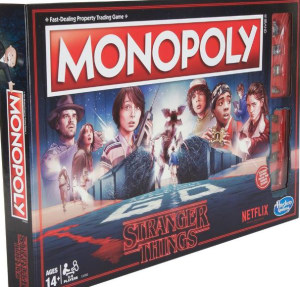 Topman UK sold out of Monopoly, but fear not, you can pre-order on ozgameshop.com for $50

The Australian is claiming to be the first Australian media organisation to exceed 100,000 paying subscribers to its digital platform. It launched in 2011 so it took the News Corp platform six years to reach the milestone.

Editor in chief Paul Whittaker says: “This is very significant for The Australian as we steadily and purposefully make the transition from a primarily print product to a fully integrated print and digital news operation.

''Passing the 100,000 subscriber mark represents a digital coming of age that occurred on the very day of the sixth anniversary of our becoming the first news brand in the country to launch a digital paywall, on October 24, 2011 - a time when many of our competitors dismissed paid content as a folly, saying the public would never pay for online news. Those same sceptical media outlets are now charging for their content.

Facebook has revealed its Messenger app now has 13 million users in Australia. It’s the only territory to be split out from its global numbers. More than 1.3 billion people use it every month globally. The announcement of the number coincides with the launch of Messenger's Discover service in Australia, a new feature that promotes and showcases branded messenger bots within the app. There are more than 200,000 bots on Messenger and more than 2 billion messages are sent between people and businesses each month, including automated responses. A spokesperson says: “The Discover tab makes it easy and simple for people to find the businesses they care about in Messenger. And it provides businesses and developers with a new surface to connect with more people in Messenger.”

Netflix's Topshop deal is a sell out

Coinciding with the launch of its hugely popular original series Stranger Things, Netflix not only inked a deal with Sydney's very own Opera House to show the premiere (AdNews went – it was great), but it's also racked up a slew of other partnerships in order to cash in. There's a Stranger Things Monopoly, thanks to a partnership with Hasbro, and London's Topshop in Oxford Circus is currently offering, via an immersive pop-up area (compete with in-store cinema), retro pieces inspired by the show. Monopoly is currently a sell out on Topman, with some Australian shops offering 'pre-order' options and the majority of Stranger Things apparel in Topshop and Topman were quick to sell out too. Perhaps Netflix was inspired by Ten's Family Feud board game sell out? See why TV fans want more than streaming. 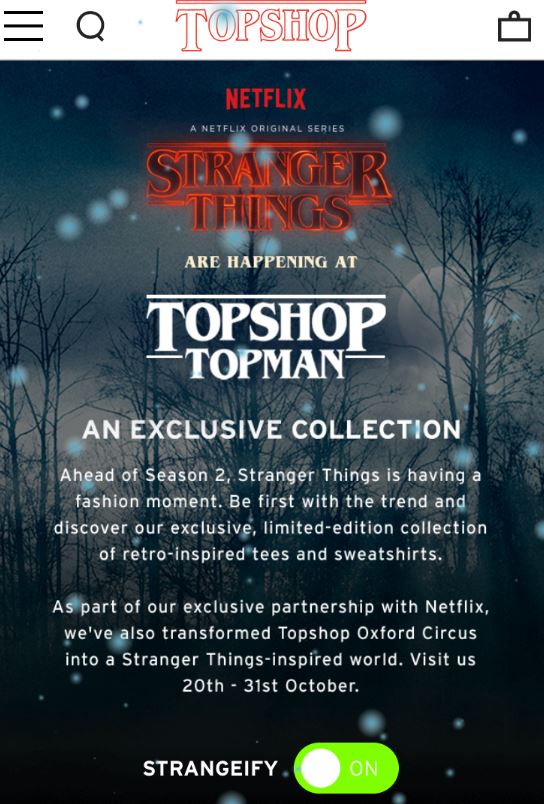 According to newspaper reports out of the UK, a secret group of top female presenters from the BBC, including Mishal Husain and Victoria Derbyshire, have uncovered a string of sex abuse claims at corporation. It's thought the secret group formed after the BBC gender pay gap controversy and they have since been discussing sexual harassment, asking victims to speak up. It's thought BBC Radio 5 Live's George Riley has been suspended and another person is under investigation. It is understood the BBC has received eight complaints about Riley which are being handled by the broadcaster’s internal corporate security and investigations team. The news follows revelations of sexual harassment in Hollywood by film-maker Harvey Weinstein, which prompted monumental impact beyond the film industry and the launch of the #MeToo movement. Since then the #MeToo notion has emerged as a way for others to share their experiences, show solidarity and also display just how common it is – including in advertising.

Ahead of the ad-extravaganza that is Christmas, where adland waits with baited breath to see the retail giants' Christmas creative masterpieces - in particular John Lewis' efforts – we have our first ad leak. According to Campaign, Marks & Spencer's Christmas ad is to feature Paddington Bear. It's thought the ad will be timely for the launch of the second Paddington film which is due out in November. Creative shop Grey London won the brief for M&S last year, ending its 16-year relationship with Rainey Kelly Campbell Roalfe/Y&R. The review was only open to agencies in which WPP has a stake following intervention from chief executive Sir Martin Sorrell. Check out the 2016 M&S advert below: