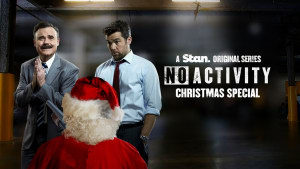 Stan CEO Mike Sneesby says the content streaming platform will continue its push to become the “home of Hollywood” in this country after passing one million subscribers this year.

The platform celebrated the milestone this week, with a mini-upfronts at the Ivy in Sydney.

Sneesby told AdNews, Stan has a further 1.5m 'inactive' users who have signed up to the platform with a stored credit card, but do not currently engage with the service, something the company is looking to change.

Looking forward, he says premium content deals such as the recently inked MGM and Starz agreements are what will separate it from international competitor Netflix.

"Netflix is becoming more about Netflix Originals and we are becoming the 'Home of Hollywood' with our own flavour of Stan Originals,” Sneesby says.

“It also works well for us in the commercial model where it is unlikely that our Stan Originals slate will surpass a certain percentage of our mix of content.”

The business is also making strong revenue growth, with the current quarter up 50% year-on-year, when compared to the same quarter in 2017.

Sneesby says Stan will continue to underpin its offering with international premium content, hinting at further deals on the horizon.

“Clearly Stan doesn't end here, it is a model based on continuing to acquire content and making sure we find the right partners. The future will hold more content deals,” he says.

While the company remains focused on these deals, Sneesby did not rule out the move into other content categories, such as sport.

Sneesby says this is an indication that Stan is willing to create content based on commercial and consumer demand.

“Opportunities like sport will certainly arise over time as the sporting bodies develop their own strategies for distribution and licensing,” he says.

“Inevitably those conversations will come up and I don't rule out a world where Stan could be in the sporting world further in the future.”

The partnership with MGM will bring all future MGM drama series and hundreds of hours of MGM TV series and movies, including the Bond franchise to Stan.