McDonald’s to be first brand sponsor on Pokémon Go 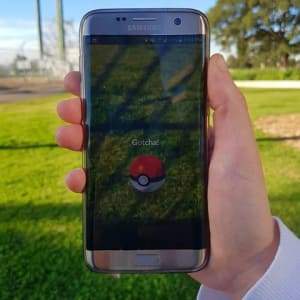 McDonald’s will be part of the Pokémon Go launch in Japan, with the brand to be the first advertiser to test out the game’s new sponsored locations feature.

McDonald’s Japan confirmed the collaboration, which will mark the first foray into advertising for Pokémon Go, which has seen a huge wave of popularity since launching in Australia and the US two weeks ago.

Techcrunch is reporting that the sponsorship will see McDonald’s locations across Japan become Pokémon “gyms” for game users, where Pokémon can be battled or trained.

McDonald's has been tipped as the first brand to get on board with the game, with several references to the company and even an image of its logo appearing inside the game's software code.

OMD group business director Jonathen Betts told AdNews: “There's no doubt that a large part of McDonald's ad spend is about getting people into McDonald's locations, so any technology or different approach that can do that and have a positive impact on the business would be of interest."

Pokémon Go has been a smash hit in its launch locations, but until now brands were unable to get in on the action, with the app not having additional sponsorship opportunities.

The game was scheduled to go live in Japan overnight but was halted following an email leak from McDonald’s Japan detailing the launch. It is not known when the game will now go live, but Techcrunch is calling it “imminent”.

The developers of the game - Niantic, Nintendo and the Pokémon Company – launched the game across Europe last week, making the game available in more than 30 countries now. Japan will mark the first launch into Asia.