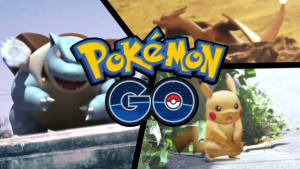 The smash launch of Pokémon Go has seen Nintendo's market cap rise to $28 billion, which is a jump of nine billion dollars.

The Japanese company's shares grew by 25% during trading on Monday and Nintendo's growth is expected to surge even more over the coming days, with more markets set to get the game. Tech Crunch is reporting that the UK, Europe and Japan are next in line to get the game, which has already taken Australian and The US by storm.

The launch in the US has seen the game being installed on 5% of all android devices, making the game more popular than Tinder according to data from SimilarWeb. The game already also has a daily user base which is larger than Twitter's and the average time that people are spending in the app is surpassing 43 minutes, rivalling the likes of Instagram.

According to Tech Crunch, Pokémon Go is already the fifth top grossing app in the US, which comes in higher than Clash of Clans and Candy Crush. This is a massive win for Nintendo, with the company's previous top grossing app coming in on the list at 73.

Locally brands are cashing in on the action, with the likes of Woolworths, KFC and even local businesses trying to lure players into their stores with their marketing. Talk of the game has also clogged most people's social media feeds, with the app becoming the top grossing app locally just a day after it launched.

The app's launched has also generated conversation around if augmented reality will be the future of gaming. AR and virtual reality have been talked about as the next big thing in tech for the last 18 months, but now Nintendo has turned the talk into reality.