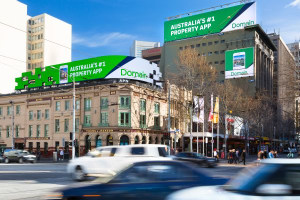 Domain has complete its workplace review finding a “strong underlying culture” although there were a few instances that are being dealt with by HR, according to a leaked memo from executive chairman Nick Falloon.

“Our culture is one of innovation and progress. Our people are highly supportive of the Domain mission and each other. This is a credit to everyone at Domain who works day in, day out, to make ours a positive, safe and welcoming workplace,” Falloon said in a leaked note to staff obtained by AdNews.

Falloon revealed there was a few “very specific matters identified that were not consistent” with Domain’s way of working and these matters are being dealt with by HR, he said.

He said Domain is taking the opportunity to review its workplace policies and outline its expectations of workplace behaviour.

His comments follow the sudden resignation of Catalano in January this year. Following his resignation, several reports accused Catalano of misconduct and alleged he oversaw a sexist culture with complaints stretching back two years. Catalano refuted the claims at the time, insisting he left the role to spend more time with his family.

Domain is still searching for Catalano’s replacement. Falloon commented he is “pleased with the calibre of candidates who are in the process”.